Republicans' resounding victory gives them an opportunity to push legislation that's been bottled up in the Democratic Senate, from targeting elements of President Barack Obama's health care law to constructing the Keystone XL oil pipeline to rolling back environmental regulations. 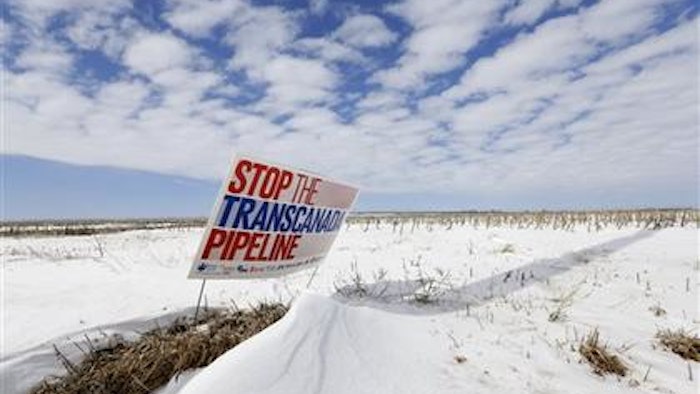 Republicans' resounding victory gives them an opportunity to push legislation that's been bottled up in the Democratic Senate, from targeting elements of President Barack Obama's health care law to constructing the Keystone XL oil pipeline to rolling back environmental regulations.

Democrats suffered a drubbing in Tuesday's midterm elections, and Republicans regained control of the Senate and widely expanded their majority in the House. In command in both chambers in January, Republicans maintained that they have to show they can govern or else voters will show them the door.

"We now have the votes and we have the ability to call the agenda, so stop name-calling and let's actually produce some legislation that helps jobs and the economy and moves our country forward," Rep. Jason Chaffetz, R-Utah, said in an interview. "I think the country has figured that out, and they've given us the mandate to do it, and we better produce, or they'll kick us out too."

Speaker John Boehner, R-Ohio, and Sen. Mitch McConnell, R-Ky., in line as the next Senate majority leader, wrote in a Wall Street Journal op-ed on Thursday that they will focus first on jobs and the economy.

The GOP is expected to provide a more detailed description of the first 100 days of an all-GOP Congress after House leadership elections next week.

House Republicans are counting on McConnell to move ahead on the dozens of jobs bills that have been passed by the House but remained stalled in the Senate.

Republicans also are counting on a swift vote early next year on building the Keystone XL pipeline to carry oil from Canada to the U.S. Gulf Coast now that Republicans clearly have the numbers in the Senate. The GOP could have as many as 54 Senate seats if Republican Dan Sullivan prevails in Alaska and the party wins a Dec. 6 runoff in Louisiana. The House majority could reach historic levels of 250 out of 435 seats.

"It's in our best interest to show we can function and that we can lead responsibly, and that would involve getting bills that have already passed the House with bipartisan support and get Democrats to join us in the Senate and get those to the president, even something like trade," said Sen. John Barrasso, R-Wyo.

McConnell signaled Wednesday that he could work with Obama on trade agreements and a tax overhaul as both sides look toward governing rather than gridlock.

It won't be easy. Many of the moderate Democrats who would be willing to compromise were defeated in Tuesday's elections, reducing the number of lawmakers in the middle. In the next Congress, independent Sen. Angus King of Maine and moderate Democrats Joe Manchin of West Virginia, Heidi Heitkamp of North Dakota and Jon Tester of Montana will hold considerable leverage.

Republicans will be under pressure from many in their ranks and outside conservatives to scrap the health care law, but McConnell and the more pragmatic GOP lawmakers acknowledge that is next to impossible because of Obama's veto power.

"If I had the ability, obviously, I'd get rid of it," McConnell said of the Affordable Care Act as he spoke to reporters at a news conference in Kentucky. "Obviously, it's also true he's still there."

McConnell indicated the GOP would push for a repeal of the tax on medical devices, which has some Democratic support, and target the requirement that individuals sign up for health insurance or face a penalty.

Obama told reporters that ending the individual mandate was a nonstarter, calling it a "line I can't cross" because it would unravel the law.

Further complicating the relationship between Obama and the newly empowered Republicans is the president's vow to act unilaterally before year's end to reduce the number of deportations and grant work permits to millions of immigrants illegally in the United States.

"What I'm not going to do is just wait," the president said as bipartisan, comprehensive immigration legislation that the Senate passed in June 2013 remained stalled in the House.

McConnell and other Republicans said such a step would be an in-your-face affront to the new majority GOP — "like waving a red flag in front of a bull," McConnell said — and Republicans would use spending bills to restrict or stop such executive action.

Several Republicans hold the deep-seated view that Obama already has been abusing his constitutional authority. "He doesn't get the line-item veto to unilaterally change different tenets of the law after he signs the law," Weber said of Obama's moves to delay provisions of the health care law.

On energy, McConnell was already exploring ways to derail Obama's plans to reduce the pollution blamed for global warming from coal-fired power plants, a maneuver that some Democrats from coal states are likely to support but that the president would likely veto.

Pro-energy Republican Lisa Murkowski of Alaska is expected to chair the Senate Energy Committee, and Oklahoma Sen. James Inhofe, who rejects the scientific consensus that global warming is being caused by fossil fuels, will likely lead the environment panel.

On the Keystone Pipeline, White House spokesman Josh Earnest reiterated Thursday that the administration will wait on the Nebraska Supreme Court to rule on a dispute about the pipeline's route through the state before completing an evaluation of the pipeline. "Once some of those things are resolved, then the State Department can do their work evaluating whether or not this pipeline is in the national interest of Americans," he said on CNN.

The Senate turnover from Democrats to Republicans could also complicate efforts by the U.S. to broker a new international deal to curb global warming that is legally enforceable, because a Republican-controlled Senate would be unlikely to ratify it.