German factory orders rose for a second consecutive month in September, powered by a large increase in demand from other eurozone countries. 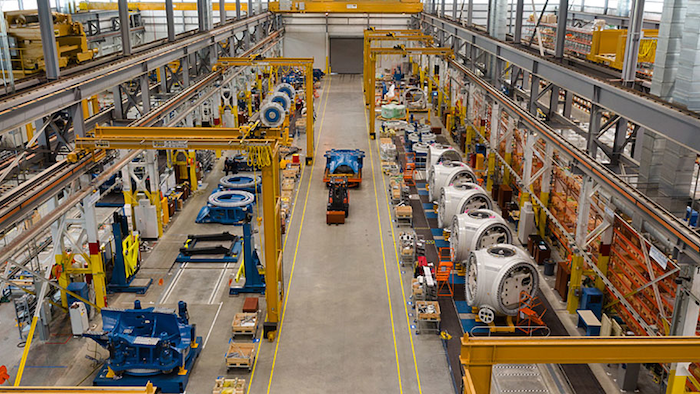 BERLIN — German factory orders rose for a second consecutive month in September, powered by a large increase in demand from other eurozone countries.

The Economy Ministry said Monday that orders were 1 percent higher than the previous month, following a 4.1 percent rise in August. Orders from other nations in the 19-nation eurozone were up 6.3 percent, while domestic orders slipped 0.1 percent and demand from other countries was down 1 percent.

The increase was led by demand for investment goods such as factory machinery, which was up 4.9 percent compared with the previous month.

The data add to promising signals for growth in Germany, Europe's biggest economy.

The tech firm said it would become more controlled in its investments.
May 12th, 2022

This follows three fiscal years of losses.
May 12th, 2022

Predictive and rapid virtual modeling will bring the manufacturing process towards safer designs, more sustainable products and zero-prototyping.
May 11th, 2022

The U.S. Marine Corps pilot demonstrated the radar’s integration with the legacy Hornet avionics.
May 11th, 2022
Follow Us
Most Recent