A boiler explosion at a garment factory in Bangladesh owned by export-oriented Multifabs Ltd. has killed 10 people and injured 50, officials said Tuesday. 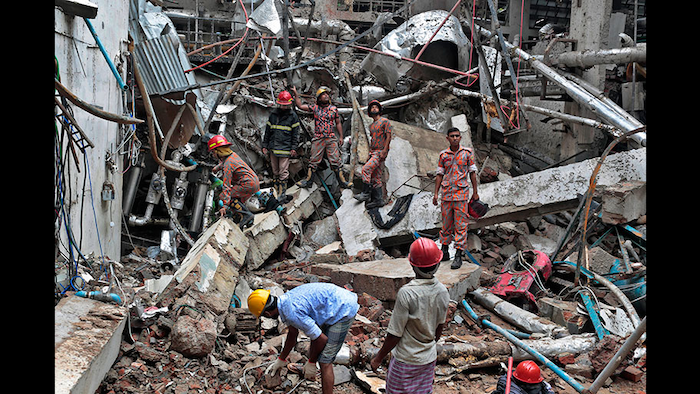 The injured were being treated at hospitals, Islam said.

Authorities have ordered an investigation into the cause of the explosion.

Relatives waited outside the four-story building Tuesday for news about their loved ones as firefighters searched for victims.

The company's website says it produces about 140,000 pieces of knitted apparel a day for export.

Bangladesh has about 4,000 garment factories and is the world's second-largest producer after China. The country has improved its factory safety standards after the collapse of a complex housing five factories killed more than 1,100 people in 2013. But experts say many factories still need to upgrade their machinery and increase building safety.

The voyage was originally slated to take place for the 400th anniversary.
Jun 16th, 2021

The government plans to spend approximately $6 billion on its electric vehicle plan over the next three years.
Jun 16th, 2021

The decision is a blow to the White House's efforts to rapidly transition the nation away from fossil fuels.
Jun 16th, 2021

Data loggers might comprise a small portion of the overall supply chain management picture. However, they’re an essential piece of the puzzle for today’s manufacturers.
Jun 15th, 2021
Follow Us
Most Recent