European Businesses Most Affected By U.S. Sanctions On Iran

Major companies, particularly in Europe, could see billions of dollars in commercial deals canceled because of the U.S. decision to reinstall sanctions on Iran, though the ultimate impact remains unclear due to the possibility of renegotiations and exemptions, experts say. 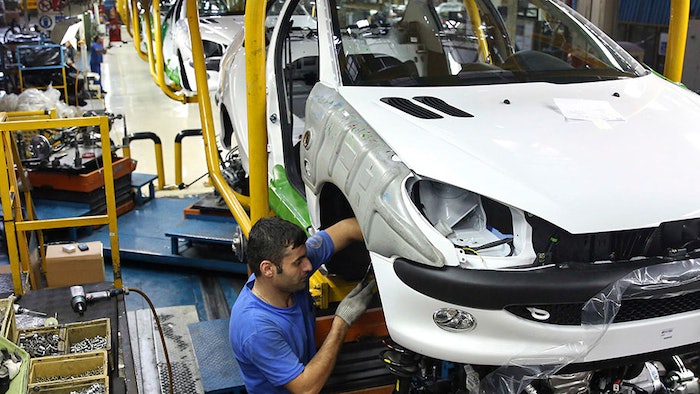 WASHINGTON (AP) — Major companies, particularly in Europe, could see billions of dollars in commercial deals canceled because of the U.S. decision to reinstall sanctions on Iran, though the ultimate impact remains unclear due to the possibility of renegotiations and exemptions, experts say.

President Donald Trump's decision to withdraw from the Iran nuclear deal and re-impose sanctions on Iran means companies worldwide must stop doing business with the country or run afoul of the U.S. government.

Companies and countries with commercial deals with Iran would have either 90 or 180 days to wind down those activities, depending on the sector and type of products sanctioned. And firms would not be able to generate new business.

Certain exemptions and waivers can be negotiated, but the U.S. did not say what goods or countries might qualify.

Since the Iran nuclear deal was struck in 2015, it was mainly European companies that moved back in to strike deals with Iran, making Trump's decision particularly painful for the region.

"U.S. Iran sanctions are hardly hitting any U.S. companies, but aim primarily at European ones," Carl Bildt, the former leader of Sweden who is now co-chair of the European Council on Foreign Relations, said in a tweet. The EU has in the past found this unacceptable, he added, though it was unclear still how European leaders would respond.

Among U.S. companies, plane maker Boeing has signed the biggest deals, and U.S. Treasury Secretary Steven Mnuchin said Tuesday that its existing licenses — as well as those of its European competitor, Airbus Group — would be invalidated.

Boeing has yet to deliver any aircraft to Iran under those deals and said that it will "continue to follow the U.S. government's lead."

Airbus, which is subject to the U.S. license because it makes at least 10 percent of its aircraft components in the U.S., says it will abide by the new U.S. sanctions but it could take "some time" to determine the full impact on the industry. It has already delivered two A330-200s and one A321 to Iran.

The U.S. says the sanctions will also sharply curtail sales of oil by Iran, which is currently the world's fifth-largest oil producer. In the case of oil sales, there will be a 180-day period for countries to wrap up existing contracts and achieve "significant reductions" in their purchases of crude from Iran.

Mnuchin did not spell out what the administration would consider as a "significant reduction" in purchases of oil. U.S. law gives the Treasury secretary the power to administer sanctions imposed by the president.

So far, French oil company Total SA has been the most aggressive Western oil company to move back into Iran, signing in July a $5 billion, 20-year agreement there. A Chinese oil company also has a deal to develop the country's massive South Pars offshore natural gas field. Total did not respond to requests for comment.

The price of oil rose sharply on Wednesday to its highest since 2014 on expectations that the new sanctions will crimp Iranian energy exports.

In other sectors, French carmaker PSA Peugeot Citroen agreed in 2016 to open a plant producing 200,000 vehicles annually in Iran, and says it is studying the implications of the U.S. move. Fellow automaker Renault signed a $778-million deal to build 150,000 cars a year at a factory outside of Tehran but has declined to comment so far.

While abandoning such deals would hurt financially, they would not likely have a lasting impact on the companies. PSA Peugeot Citroen, for example, sold over 3.6 million vehicles worldwide last year. For such companies, Iran's value lies more in its potential for growth — the country has been deprived of investment for years and has a young demographic.

"At the moment it's not easy to quantify the possible economic impact of the U.S. withdrawal on European business activities," said the head of the EU's business lobby, Emma Marcegaglia, who called for "legal clarity."

Mnuchin said the U.S.'s goal is to impose tough sanctions that will prompt Iran to re-negotiate the Iran nuclear deal.

"These sanctions do impact all the major industries (in Iran). They are very strong sanctions," Mnuchin said. "They worked last time. That is why Iran came to the table."

Angela Charlton reported from Paris. Jon Gambrell in Dubai, Frank Jordans in Berlin and Raf Casert in Brussels contributed to this report.