When GE acquired Alstom’s power and grid business last fall, it bought some of world’s largest turbines, generators and other advanced technology. 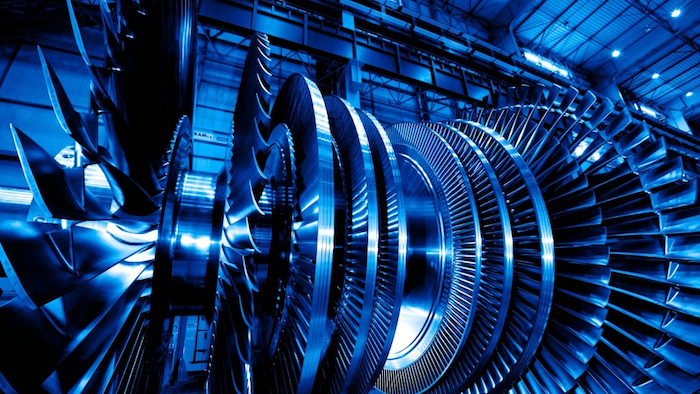 When GE acquired Alstom’s power and grid business last fall, it bought some of world’s largest wind and water turbines, “ultra-super-critical” steam turbines — that’s their real name — massive generators and other advanced technology for making lots of electricity. So much so that with Alstom, GE technology can now generate one third of the world’s power. That share will grow as utilities start connecting power plants to the cloud and use data analytics to optimize them and make them more efficient. For the first time here, we are taking a look at some of the most brass-kicking Alstom machines. 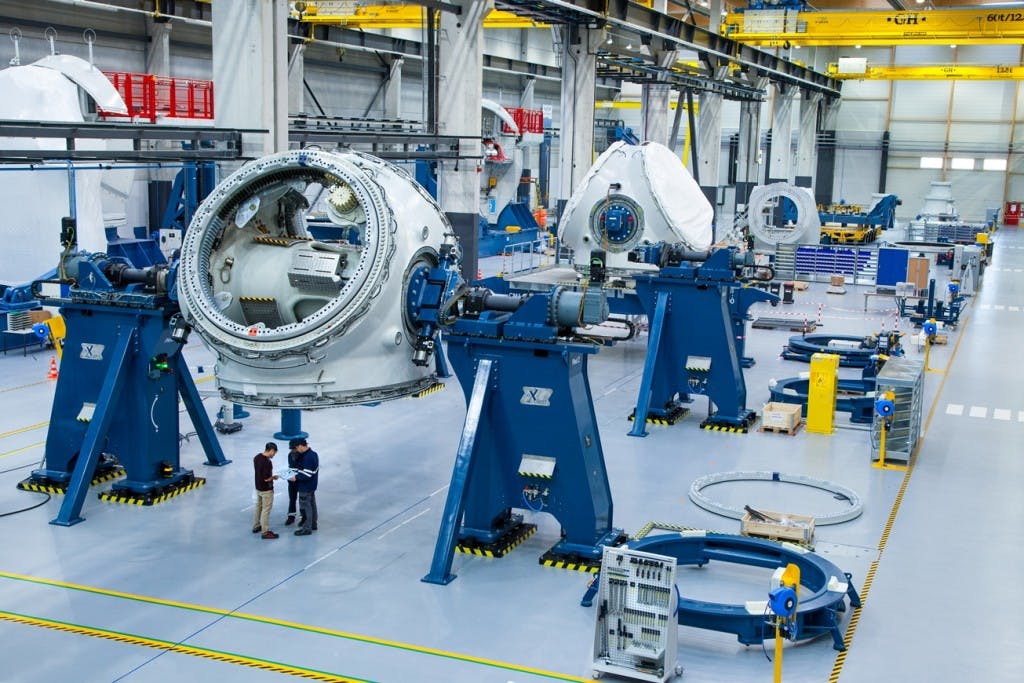 Hubs of Alstom’s massive Haliade turbines, which can generate 6 megawatts (MW) of electricity, at a factory in Saint-Nazaire, France. They will power America’s first offshore wind farm near Block Island, Rhode Island. Top: A Haliade turbine off the coast of Belgium. (Image credits: GE Power) 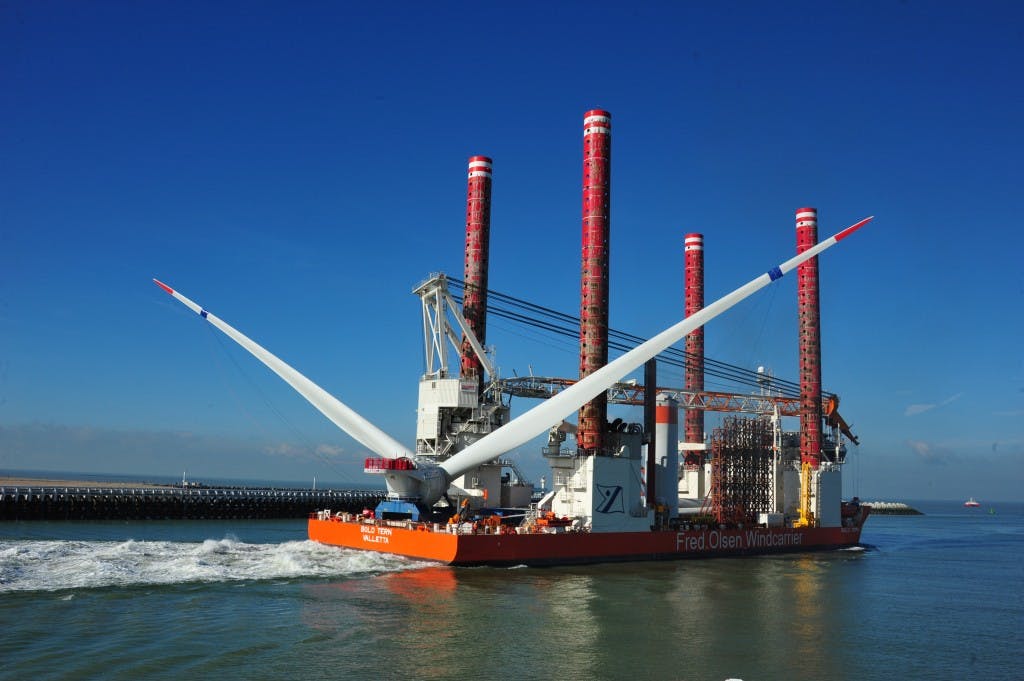 The rotor diameter of each Haliade turbine equals to nearly one-and-a-half times the length of a football field, or 150 meters. (Image credit: GE Power) 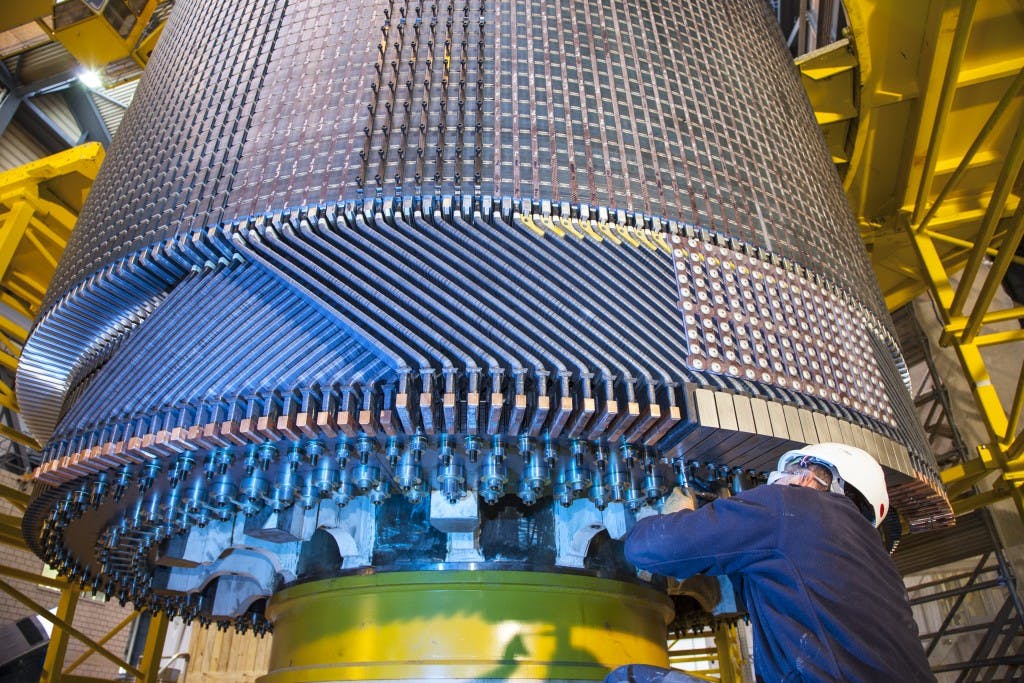 The rotor of an Alstom generator at the Nante de Drance pumped storage station in Switzerland. (Image credit: GE Power) 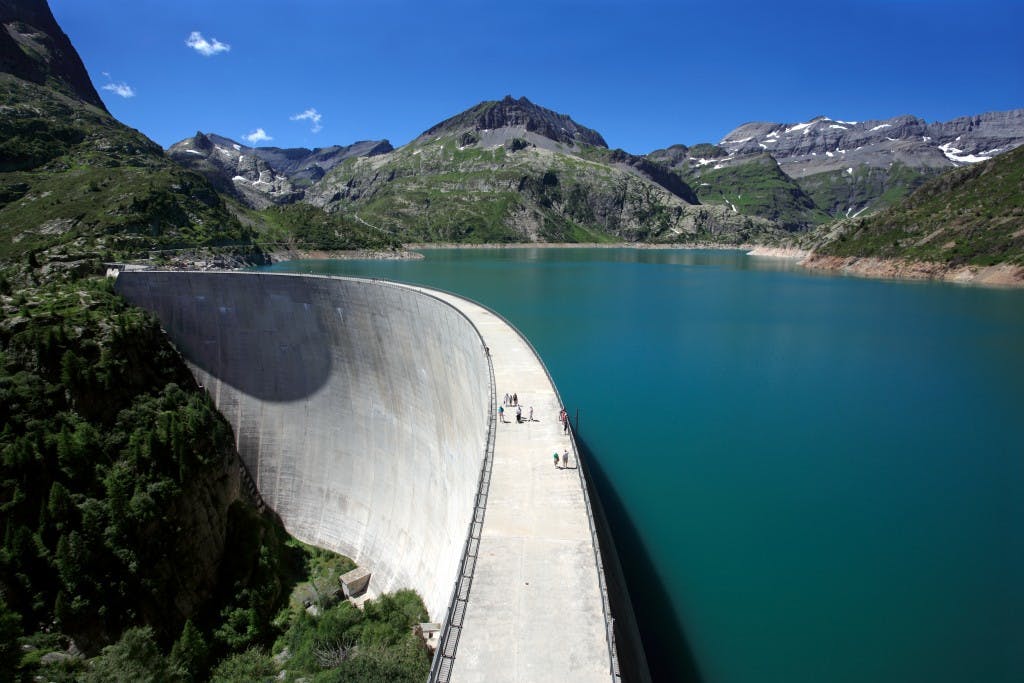 The Nante de Drance pumped storage power station has an output of 900 MW. It uses electric pumps to send water into the reservoir when electricity consumption is low and releases it to generate power at peak times. (Image credit: GE Power) 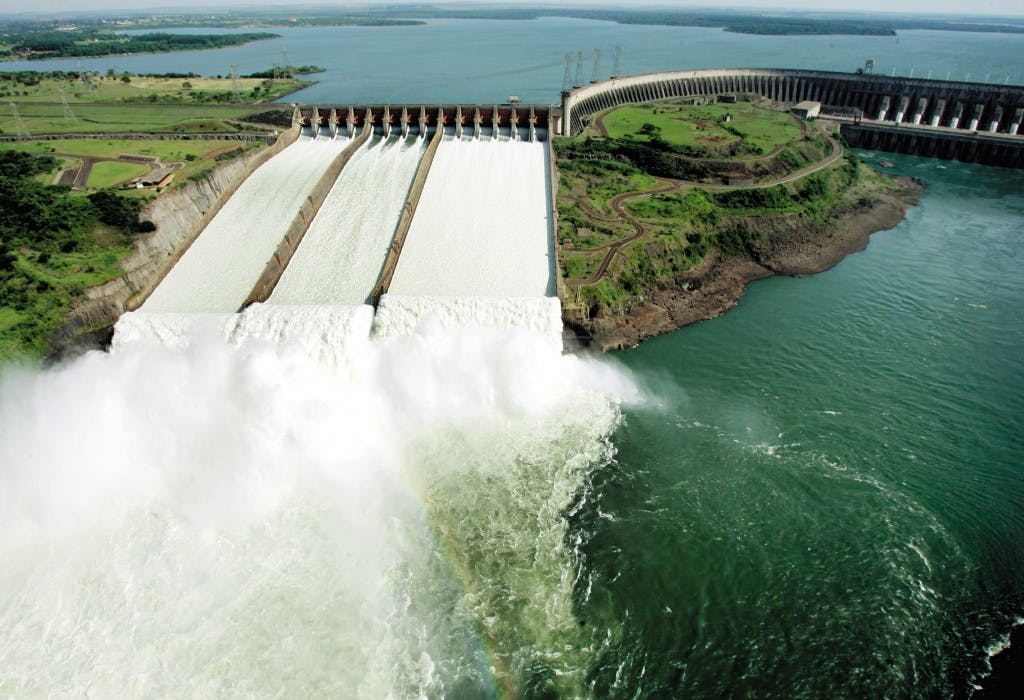 The Itaipu Dam on the Parana River holds a row of 20 huge Alstom water turbines like the one below. They supply Brazil with a quarter of its power, and Paraguay with 90 percent of its electricity. In 2008, the turbines generated 94,684 MW, the largest amount of power ever produced by a single dam in a year. (Image credit: GE Power) 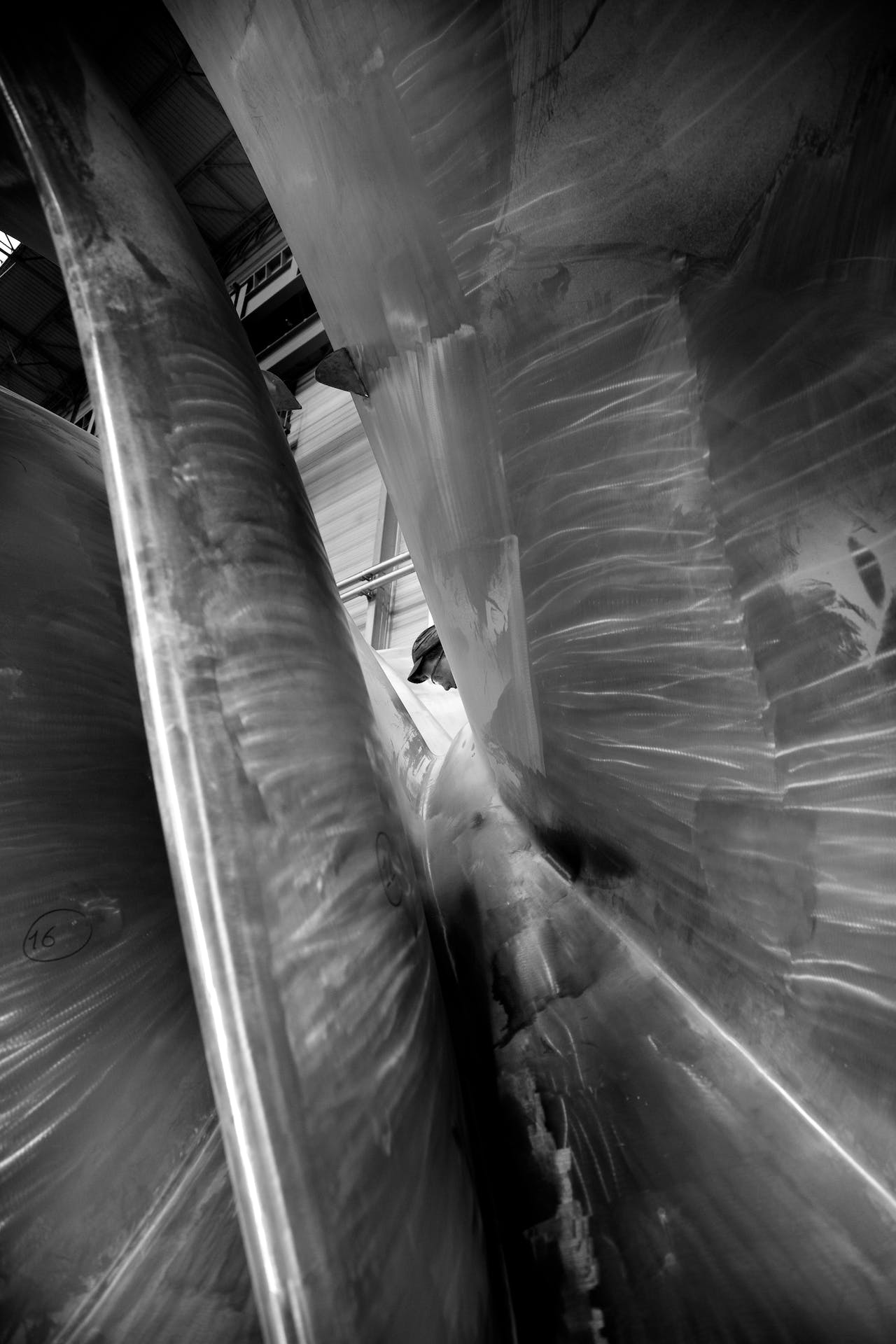 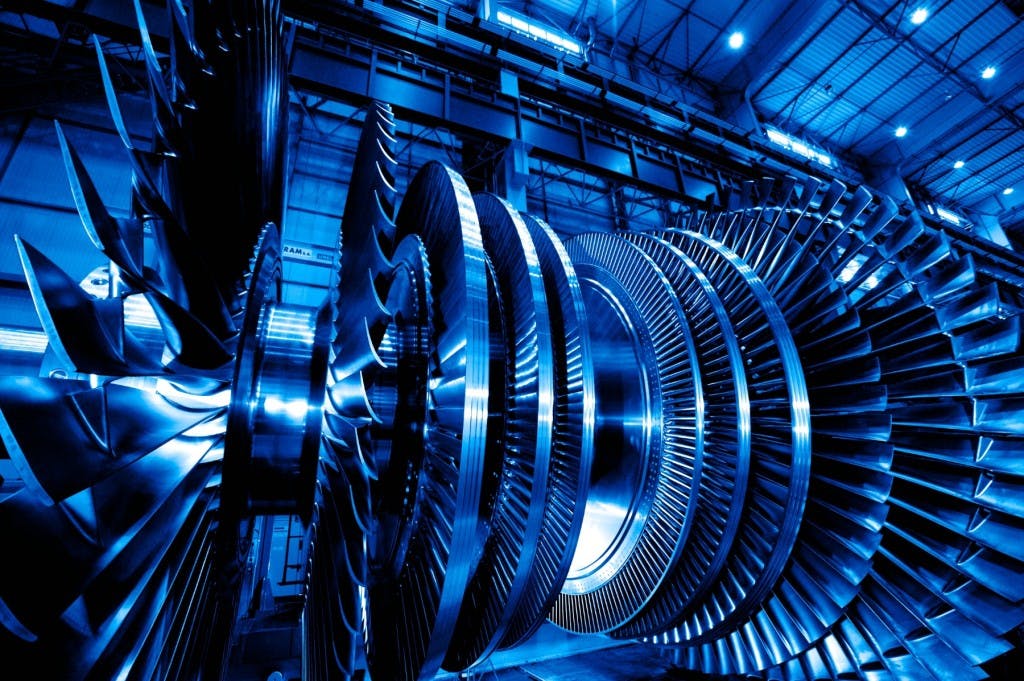 Alstom’s Arabelle is the world’s largest turbine. It converts steam produced by boiling water with heat from nuclear reactors into electricity. It delivers 1,550 MW and it has extremely high reliability (99.96 percent). (Image credit: GE Power) 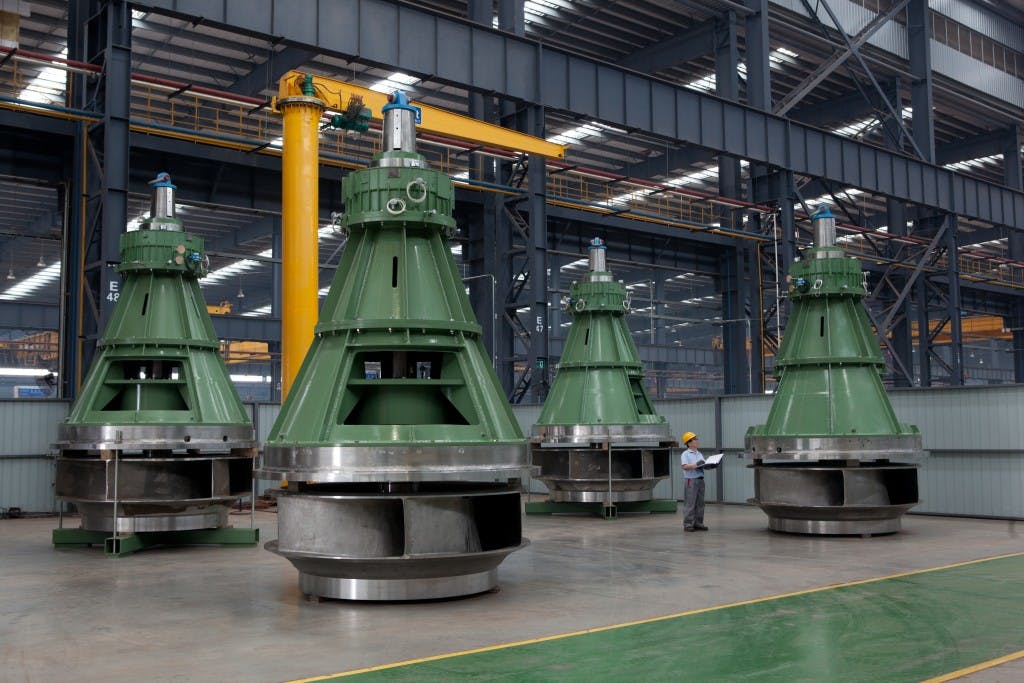 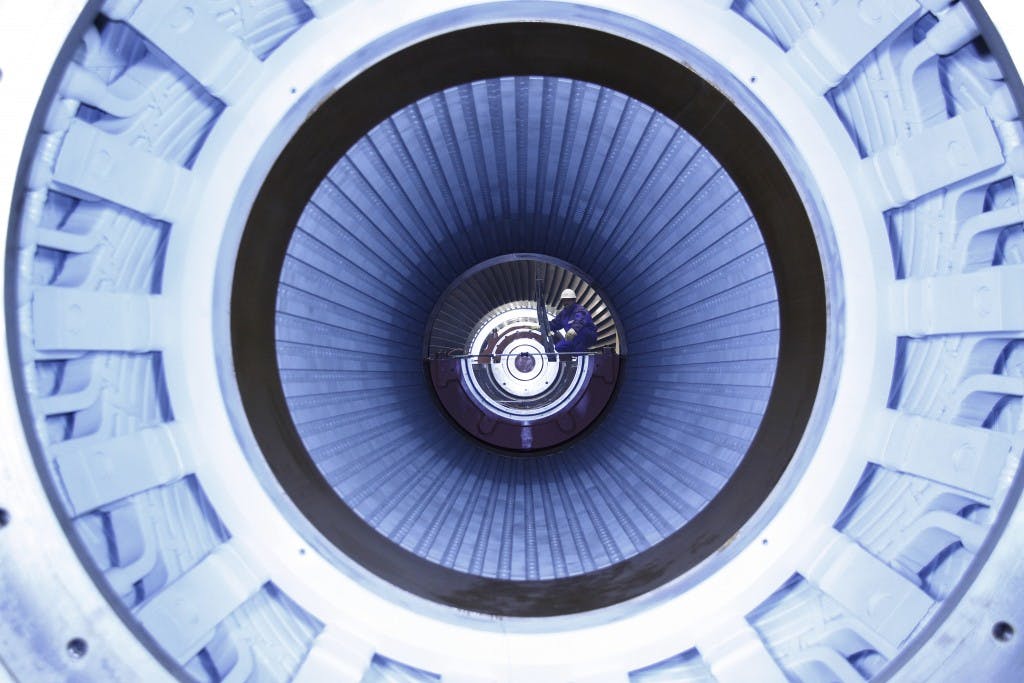 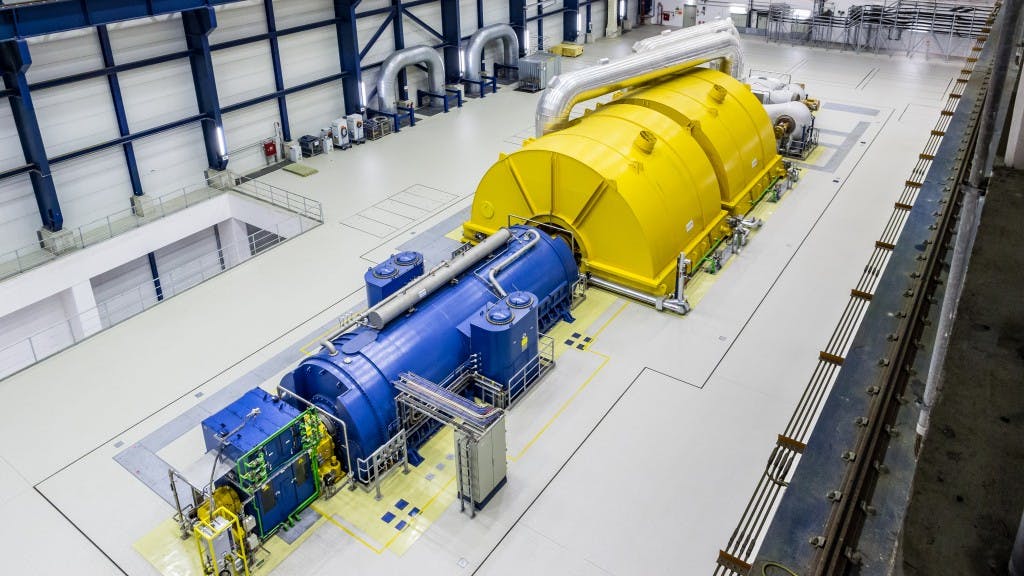 Alstom’s “ultra-super-critical” steam turbine at the Boxberg power plant in Germany can produce 600 MW. The technology allows power plants to operate at pressures and temperatures above the critical point where there is no difference between water and steam. It allows utilities to build more efficient power plants with fewer emissions. (Image credit: GE Power) 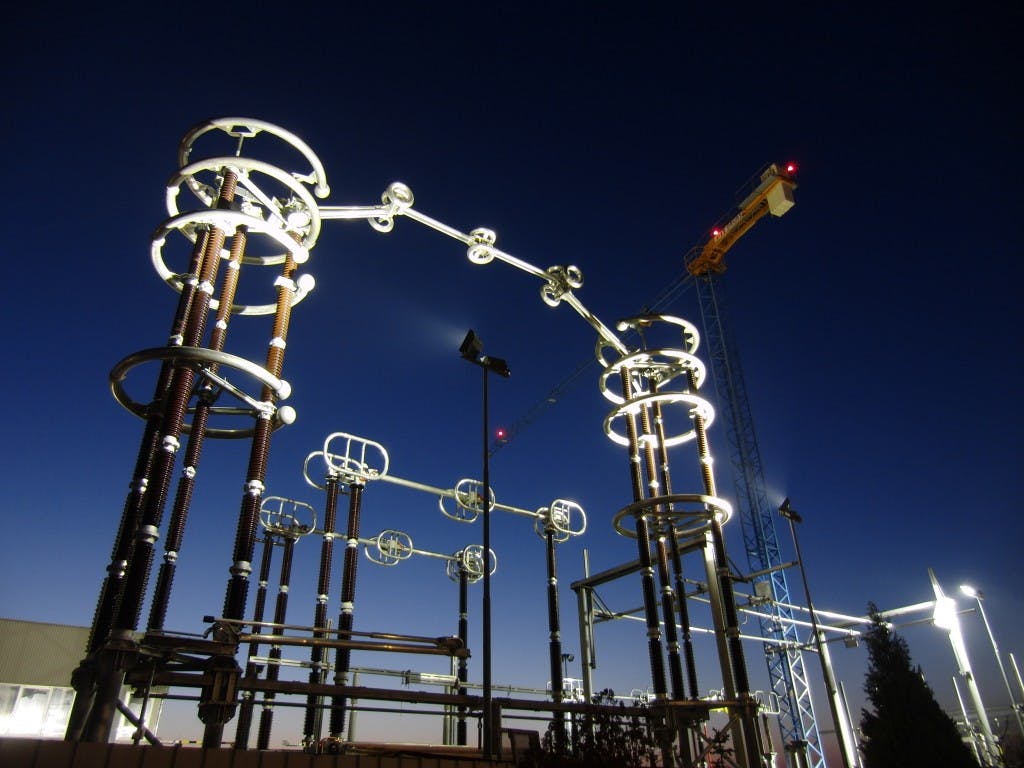 An otherworldly Alstom disconnector in Noventa Di Piave, Italy. It can stop a 1,200,000-volt current. That’s about equal to a tenth of the electricity carried by a lightning bolt. The disconnector is an isolator switch used to make sure that an electrical circuit is completely de-energized for service and maintenance. (Image credit: GE Power) 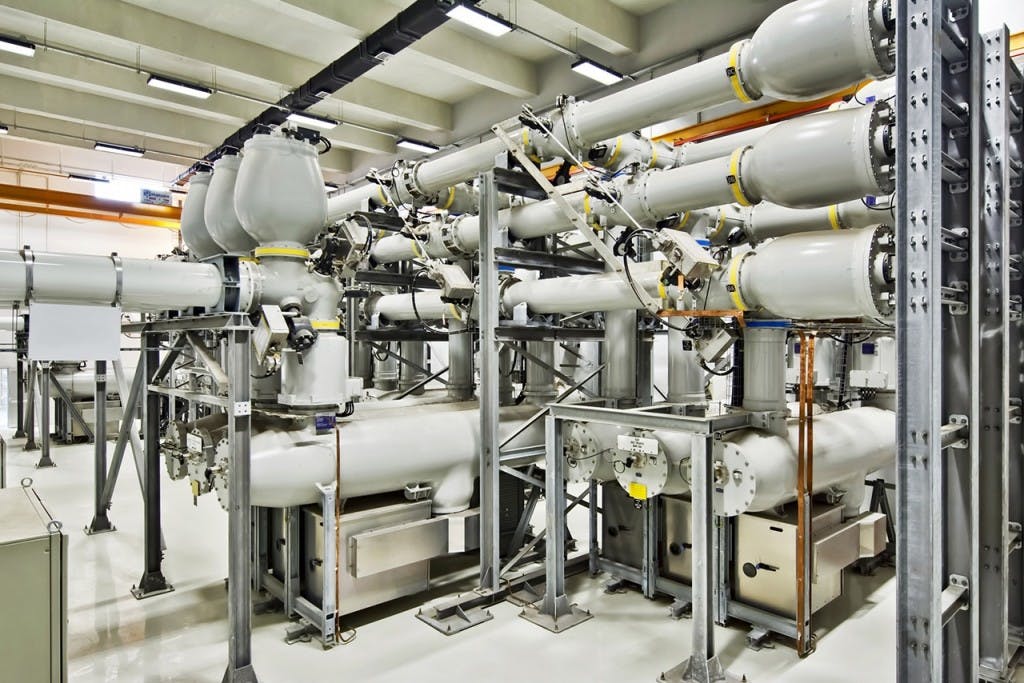 This high voltage substation in France is using sulfur hexafluoride gas for insulation. The gas is an excellent electrical insulator and minimizes losses during operations. (Image credit: GE Power) 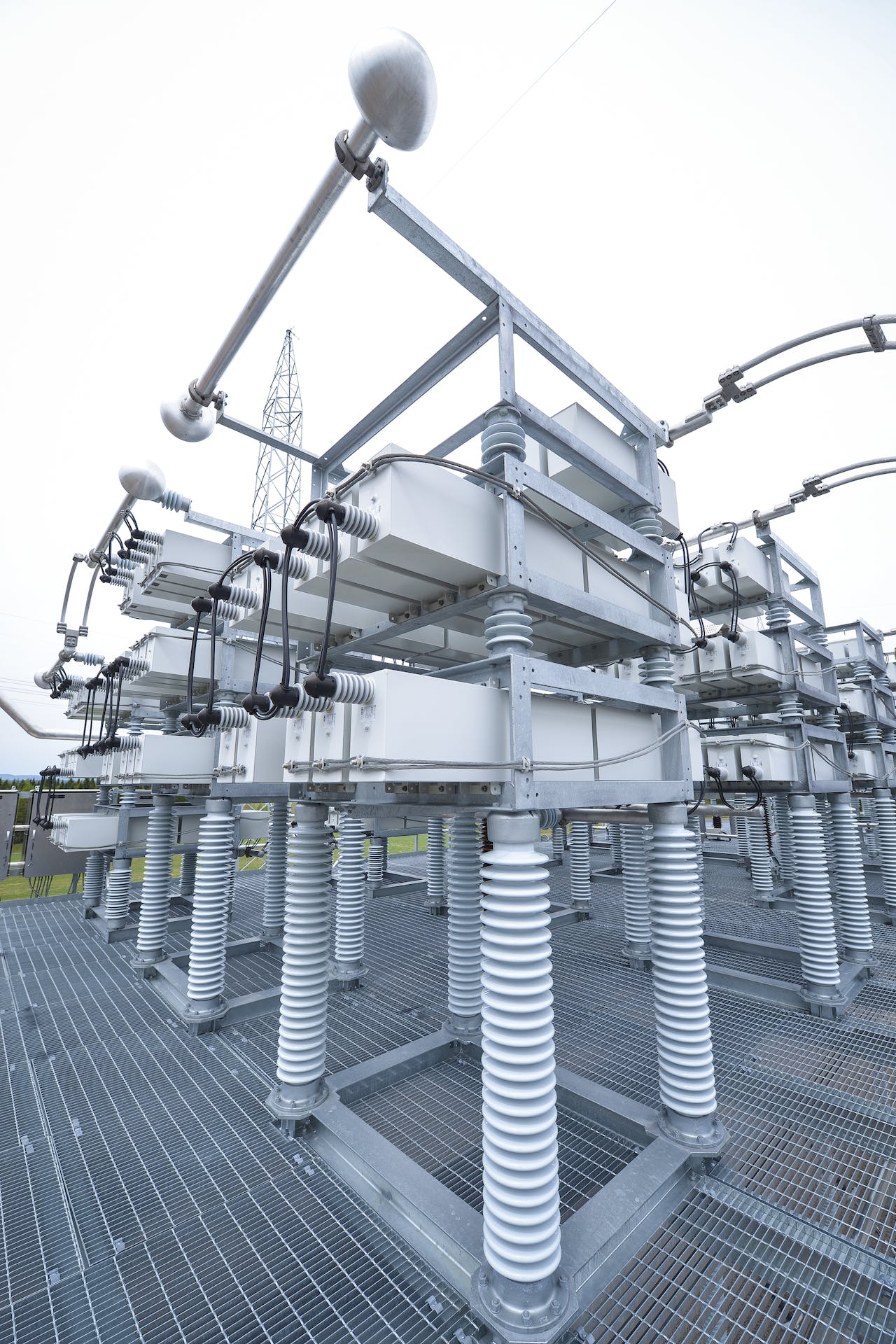