Angela Merkel's spokesman says the German chancellor believes it would be wrong for the United States to link sanctions against Russia with efforts to promote American economic interests. 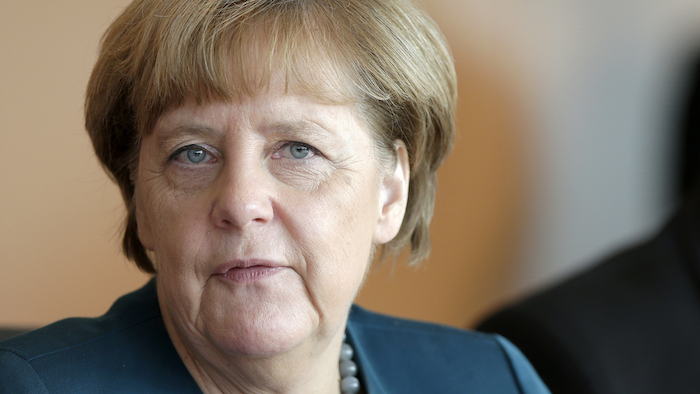 BERLIN (AP) — Angela Merkel's spokesman says the German chancellor believes it would be wrong for the United States to link sanctions against Russia with efforts to promote American economic interests.

The U.S. Senate voted Wednesday to impose new sanctions on Russia over its alleged interference in the 2016 U.S. election campaign and its aggression in Syria and Ukraine. The legislation now moves to the House of Representatives.

But there's no evidence that it's time to open booster doses of either the Moderna or Pfizer vaccine to everybody, the panel stressed.
Oct 15th, 2021

Prices are jumping in large part because container ships are stranded at ports and because unloaded goods are waiting for trucks.
Oct 14th, 2021

Worries have mounted over recent weeks that the U.K.'s economic recovery is being hobbled by widespread shortages.
Oct 13th, 2021

Ports in Los Angeles and Long Beach, California, account for 40% of all shipping containers entering the United States.
Oct 13th, 2021

Prime Minister Boris Johnson said the UK could get to “complete clean energy production” by the next decade.
Oct 5th, 2021
Follow Us
Most Recent