Is Chrysler An ‘American’ Automaker Any More?

Chrysler has technically been “foreign-owned” since July 2011, but the recent deal makes it all the more real: Chrysler might be an American-headquartered company, but it’s also a fully-owned subsidiary of an Italian company. That’s an important distinction, one that means Chrysler simply isn’t in the same playing field as Ford and GM, no matter each of their origins. 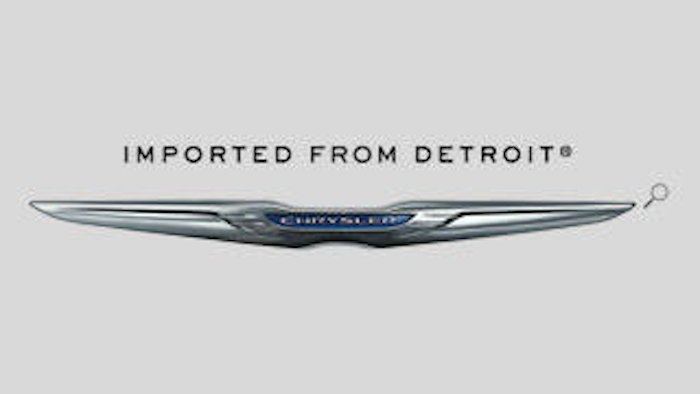 With recent news that Italy-based Fiat SpA was buying up the remainder of Chrysler stock, a 41.5-percent share currently owned by a United Auto Workers union trust fund that pays health care bills for retirees, one wonders just how “American” Chrysler is these days. Of course, in a time where globalization runs rampant, and that every successful automaker has major assets in almost every region in which it does business, the idea of any one car company belonging to a particular nation is a little outdated. Nevertheless, it’s an interesting question, and will no doubt be a major concern for the automaker moving forward.

In the recent deal, a trust fund within the United Auto Workers, which serves to pay out health care bills for retirees, sold its 41.5 percent stake in Chrysler to Fiat for $3.65 billion in payments to the fund, plus additional payments via Chrysler. It’s a great play for Fiat, which now has the company fully under CEO Sergio Marchionne’s control, giving it the ability to use Chrysler’s cash in Fiat’s languishing operations. With combined forces, it could mean good things for both companies, with Chrysler continuing to work on major North American marketshare, while Fiat plays in niche areas and in the EU.

Of course, Chrysler has technically been “foreign-owned” since July 2011, when Fiat bought a bunch of shares owned by the United States Treasury. The concept of one of the Big 3 being owned by a foreign entity isn’t exactly new, although the recent deal makes it all the more real: might be an American-headquartered company, but it’s also a fully-owned subsidiary of an Italian company. That’s an important distinction, one that means Chrysler simply isn’t in the same playing field as Ford and GM, no matter each of their origins.

This leads one to ask whether or not it actually matters if a company is “American” or not. Chrysler, like Ford or GM, employs tens of thousands of people in the U.S. A few decades ago, that would have been enough, but today, foreign-owned automakers are making big impacts in regional and local economies around the U.S., so much to the point where it’s not particularly useful to distinguish between which are American and which are Japanese, Korean or German. At the same time, Ford and GM both have major operations in Mexico, China, Southeast Asia, South America — well, pretty much in every region.

Chrysler is actually a little more American-centric than Ford or GM — they only have a select few plants outside of North America. But the numbers, particularly compared to foreign-owned companies, complicate things a bit. The most recent figures that Chrysler has released suggests they have just under 40,000 U.S. employees, while Toyota claims 31,471 in 2013, and Honda is at or just above 26,000. All those numbers are climbing, and Toyota seems to be closing the gap.

In addition, Cars.com has an “American-Made Index,” in which they tally the vehicles with the most connection to the U.S. The Toyota Camry tops the list, and the Honda Accord takes the No. 3 spot. There’s a few more Toyota vehicles there as well. To Chrysler’s credit, the Liberty, made by its Jeep brand, is tied for eighth place.

When it comes to investments, the American Automotive Policy Council claims that even Chrysler, a smaller operation than Ford, and especially GM, invests more in U.S. facilities than jobs than Toyota or Honda can claim. And there have been no signals that the company would be moving operations elsewhere due to the full Fiat ownership, so it’s by no means abandoning the U.S. market.

All of this proves that there’s no distinct line between a company that is considered “American” and one that isn’t, particularly when it comes to jobs or economic impact. And that may be a good thing for Chrysler’s future.

Other companies have successful navigated the rough waters between being a fully American company and being a subsidiary in a much larger operation. Take Budweiser, for example — it’s still considered the ultimate American beer brand, even though it’s owned by a Belgian-Brazilian conglomerate that also makes Stella Artois and Corona. I would assume that many people simply don’t know about Budweiser’s current ownership — the fact that it was originated in the U.S. is enough.

Having been established and headquartered in Auburn Hills, near the Motor City, just might be enough to get Chrysler through the near future, if it hopes to hang on to its distinctly American branding. The Super Bowl is only a few weeks away — will they unleash another commercial that struck people the way their “Imported from Detroit” campaign did? Can a company run by Italians act as if it’s still completely rooted in the Motor City?

My guess is that it’s a matter of time before consumers start to catch on and ask questions. Chrysler can try to hide away that fact, but consumers will quickly start to realize that buying a Chrysler isn’t all that different from buying a Toyota. And that means they might head to Ford or GM, or just “give in” and buy that Camry anyway.

The “Big 3” came to represent General Motors, Ford and Chrysler after the three similar firms dominated the automotive world many years ago, and the term has since also come to represent the biggest three firms within a particular country. For the U.S., it seems the time may be coming to think about Chrysler’s replacement.

The space telescope snapped the picture last month when the planet was 406 million miles away.
Sep 18th, 2020

Unions accused management of using the virus-driven economic crisis as a pretext for 900 layoffs.
Sep 17th, 2020
Follow Us
Most Recent