Women’s work in scientific fields can result in the fields being devalued.

Alysson Light, University of the Sciences 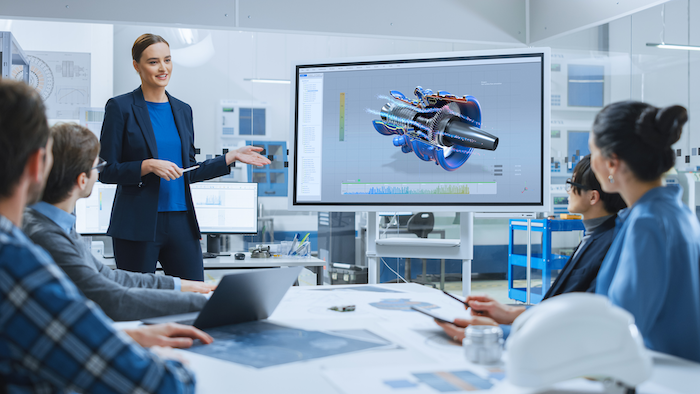 One factor that influences the use of the labels “soft science” or “hard science” is gender bias, according to recent research my colleagues and I conducted.

Women’s participation varies across STEM disciplines. While women have nearly reached gender parity in biomedical sciences, they still make up only about 18% of students receiving undergraduate degrees in computer science, for instance.

In a series of experiments, we varied the information study participants read about women’s representation in fields like chemistry, sociology and biomedical sciences. We then asked them to categorize these fields as either a “soft science” or a “hard science.”

Across studies, participants were consistently more likely to describe a discipline as a “soft science” when they’d been led to believe that proportionally more women worked in the field. Moreover, the “soft science” label led people to devalue these fields – describing them as less rigorous, less trustworthy and less deserving of federal research funding.

Over the past decade, a growing movement has encouraged girls and women to pursue education and careers in science, technology, engineering and math, or STEM. This effort is sometimes described as a way to reduce the wage gap.

By encouraging women to enter high-paying fields like science, technology and engineering, advocates hope that women on average will increase their earning power relative to men. Others have hoped that, as women demonstrate they can be successful in STEM, sexist stereotypes about women’s ability and interest in STEM will erode.

Our research suggests this may not be the case. Stereotypes about women and STEM persist, even in the face of evidence that women can and do productively participate in STEM fields. These stereotypes can lead people to simply devalue the fields in which women participate. In this way, even science and math can end up in the “pink collar” category of heavily female fields that are often devalued and underpaid.

What other research is being done

Other research has found that explicit “science equals men” stereotypes were weaker among people who majored in science disciplines with high participation by women, like biological sciences, compared to those who majored in fields with few women, like engineering. This finding suggests that exposure to women in your own field can shift the gender stereotypes you hold.

But our studies more closely align with other research suggesting that, rather than reducing gender stereotyping, women’s increased participation results in the devaluation of more heavily female fields.

When women make up more than 25% of graduate students in a discipline, men – and to a lesser extent women – become less interested in pursuing that discipline, and salaries tend to go down. Other studies have found that the same job is seen as deserving a lower salary when positioned in a “female field” than when it is listed in a “male field.” Together, this suggests that the presence of women, and not characteristics of the job or field, is what leads to devaluation and lower pay.

Participants who worked or planned to work in science were just as likely as the rest of the population to use gender as a cue to categorize soft vs. hard sciences. But in scientists, we found no connection between that tendency and their beliefs about women’s ability in science and math. That is, scientists’ levels of sexism, as measured by self-report, were unrelated to their inclination to call fields with many women “soft sciences.”

We don’t know how scientists and non-scientists ended up making the same connection between gender and soft science labels. It’s possible that people who work in science are just more aware of norms against expressing such gender stereotypes – meaning their self-reports are less likely to reflect their true beliefs and actually more closely match those of non-scientists.

But it’s also possible that something else is driving their use of the “soft science” label. For example, to our surprise, women who worked in science were more likely compared to men in science to label fields with many women as “soft sciences.” This could reflect the tendency for some women who experience sexism in their fields to distance themselves from other women as a way to protect themselves from being targets of sexism.

Science advocates must grapple with the fact that women’s work in scientific fields can result in fields being devalued. For society to benefit fully from the broad spectrum of scientific disciplines, advocates may need to address gender stereotypes more directly.

Gender stereotypes about STEM could also affect which fields talented students choose to pursue. The label of “soft science” might be a turnoff for high-achieving students who want to prove their strengths – or, conversely, students who are insecure about their abilities might avoid a major described as a “hard science.”

This article is republished from The Conversation under a Creative Commons license. Read the original article here: https://theconversation.com/more-women-in-a-stem-field-leads-people-to-label-it-as-a-soft-science-according-to-new-research-173724.