Why the U.S. Economy May Have Already Peaked for the Year

The U.S. economy grew at a solid 3.1 percent annual rate in the January-March quarter — a pace that will likely prove to be the high-water mark for the year before growth weakens in the coming months. 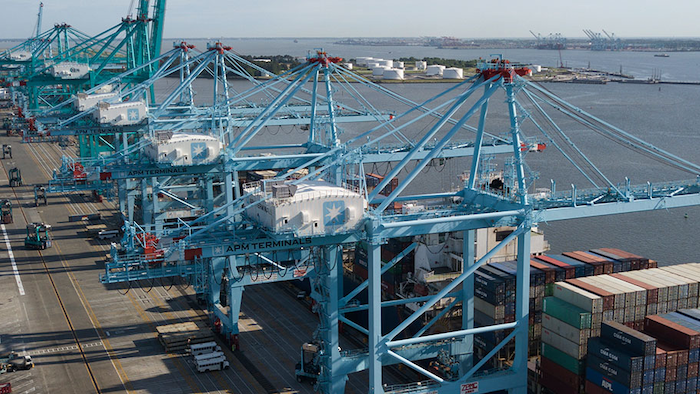 WASHINGTON (AP) — Enjoy it while it lasts.

The U.S. economy grew at a solid 3.1 percent annual rate in the January-March quarter — a pace that will likely prove to be the high-water mark for the year before growth weakens in the coming months.

That's the assessment widely shared by economists in light of the rising threats facing the U.S. economy, from a raging trade war to more cautious spending by consumers and businesses to a global slowdown. Their collective forecast is that last year's 2.9 percent growth — the fastest year of expansion since 2015 — will be followed by a more tepid 2.3 percent gain this year.

That pace would roughly match the average annual growth since the current expansion began in 2009. In two months, it will become the longest post-recession recovery on record. But it has also been the slowest since World War II.

The Trump administration, defying the assessments of mainstream economists, insists that its program of tax cuts, regulatory reform and tougher enforcement of trade deals will produce dramatically higher annual growth above 3 percent for the next six years.

Here are three key reasons why economists think growth has peaked for the year:

A PENDULUM SWINGS BACK

Half the 3.1 percent growth rate in the January-March quarter that the government reported Thursday was due to two temporary factors: A surge in business efforts to restock shelves. And a big narrowing in the trade deficit.

In the calculations that produce the nation's gross domestic product, a widening trade deficit subtracts from growth. By contrast, a narrowing trade deficit, like the one last quarter, raises growth. Yet economists predict that the pendulum will swing back to a wider trade gap in the current April-June quarter. That's because neither a sharp drop in imports nor a big surge in exports in the first quarter is expected to persist.

For that reason, analysts foresee second-quarter growth slowing to around a 1.5 percent annul rate — just about half the first-quarter figure.

President Donald Trump's signature domestic achievement was the passage of a $1.5 trillion tax cut in December 2017. Billions in additional spending for domestic and military programs that Congress approved in early 2018 also delivered a stimulative lift to the economy.

The tax cuts allowed companies, which received a major portion of the bounty, to spend more on plants and equipment. Business investment grew sharply as a result. So did stock buybacks, which helped boost the stock market.

And for households, tax cuts began showing up in paychecks early last year in the form of lower withholding amounts, leaving consumers with more money to spend. Consumer spending, which accounts for about two-thirds of economic activity, averaged a sizzling 3.3 percent annual rate over the final three quarters of 2018.

But the initial surge from the tax cuts and the increased government spending are waning now. That's a major reason why economists think growth this year will slow to a modest 2.3 percent annual pace, in line with the pattern of the past decade.

A return to a 2.3 percent growth rate, while slower than last year, would still likely leave the economy with enough steam to keep unemployment, already near a 50-year low, at a healthy level. What concerns economists is that some further shock might significantly slow growth.

Analysts are warily monitoring an array of risks, from disruptions resulting from a British exit from the European Union to weakening manufacturing and retail industries to jitters over congressional investigations into Trump's presidency.

But the gravest perceived threat may be the escalating trade war between the United States and China, the world's two largest economies. Stock markets have been falling since talks broke off this month and the Trump administration announced that it was boosting tariffs on $250 billion in Chinese goods. Beijing vowed to retaliate against U.S. products as it has done with previous Trump tariffs.

For economists, the concern is that the disruptions in trade could become severe enough to trigger a recession in an already weakening economy.

"If the trade war escalates, that could cause unemployment to start to rise and that could cause consumers to cut back on their spending, which would then prompt businesses to cut back," said Mark Zandi, chief economist at Moody's. "Then the recession risks become very high."

Yet Zandi said he thought that risk could fade if the United States and China can at least declare a truce in their trade war, which would keep punitive tariffs from widening further.

Economists are watching for such an outcome, with Trump and President Xi Jinping set to meet on the sidelines of a Group of 20 major nations' summit next month in Japan.

Amazon Could Be Considering Crypto

GM's “Super Cruise” assisted vehicles can indicate when a lane change is safe and initiate the maneuver.
Jul 23rd, 2021

It beat humans who trained on the course before the race.
Jul 22nd, 2021

Biden Urged to Act on Closure of Pharmaceutical Plant

A nonprofit wants the administration to use the Defense Production Act to stop the plant from closing.
Jul 22nd, 2021

The shift to electric vehicles “is picking up speed — especially in the luxury segment," said the brand's CEO.
Jul 22nd, 2021

Applications can include connecting to wireless networks for remotely monitoring equipment, as well as supporting mobile robots and augmented reality platforms.
Jul 21st, 2021

The one-atom, 2D magnet could have new applications in computing and electronics.
Jul 20th, 2021