There may be a second act for Toys R Us, the retail wonderland for children that turned out the lights at hundreds of stores for what was thought to be the final time over the summer. 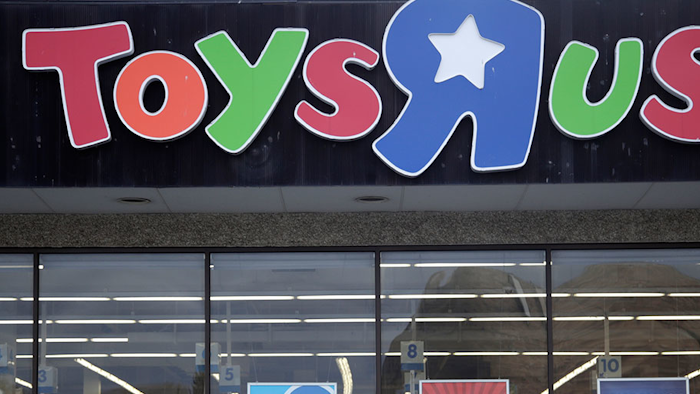 There may be a second act for Toys R Us, the retail wonderland for children that turned out the lights at hundreds of stores for what was thought to be the final time over the summer.

After joining the parade of retailers that never recovered from the recession and radical changes in the way Americans shop for toys and everything else, a group of investors is planning a comeback for Geoffrey the giraffe and his crew.

The group, made up of secured lenders, said in a bankruptcy court filing Tuesday that it's scrapping an auction for Toys R Us assets despite receiving a number of qualified bids.

The group now believes that it stands a better chance of a realizing a return on its investment by potentially reviving the toy chain, rather than selling it off for parts. The group will attempt to establish a "company that maintains existing global license agreements and can invest in and create new, domestic, retail operating businesses under the Toys "R'' Us and Babies "R'' Us names."

The investors said they'll work with potential partners to develop new ideas for stores in the U.S. and other countries "that could bring back these iconic brands in a new and re-imagined way."

Toys R Us suffocated under a staggering $5 billion debt load before liquidating its U.S. assets this year. A leveraged buyout hobbled the company and hundreds of stores were shuttered in June to the dismay of children and numerous generations of one-time children.

The seeming end of Toys R Us rippled through the toy industry and beyond. When the company closed the doors at some 800 stores, more than 30,000 people lost their jobs. Less than a month later, Mattel said it would cut more than 2,200 jobs partly because of lost sales to Toys R Us.

Economists were caught off guard that month by the slow growth in jobs, particularly retail, and some blamed the collapse of Toys R Us.

There was a net gain of 7,000 retail jobs in July, but the overall number was weighed down by the loss of approximately 32,000 jobs in the category that includes games and toys. That figure correlates with the number of Toys R Us employees that were cut loose without severance pay.

Toys R Us was overwhelmed on several fronts in the months leading up to its filing for bankruptcy protection.

In addition to the debt it was saddled with by its private-equity owners, Toys R Us found itself in a battle to its seeming death with Amazon.com and other big toy sellers like Target and Walmart.

The current asset holders did not go into detail about how the company, which maintained its headquarters in Wayne, New Jersey, would thrive in such an environment.

Despite COVID Spike, Industrial Purchasing on the Rise

Families have canceled summer trips and are desperate for entertainment.
Jun 29th, 2020

Microsoft to Permanently Close All Stores

The company called the decision a “strategic change” for its retail business as sales increasingly shift online.
Jun 29th, 2020

The roles software has, and could continue to play, as manufacturing deals with unprecedented challenges.
Jun 18th, 2020

The number of workers seeking unemployment aid barely fell, and the reopening of small businesses has leveled off.
Jun 26th, 2020

Connecting Sea to Table with Blockchain

Part of the consideration is where any new solar farms, gas-fired plants or battery systems would be located.
Jun 25th, 2020

Warehouses and DCs are fueling the on-demand economy in serving as the primary connection between suppliers, distributors, manufacturers and customers.
Jun 18th, 2020

A new approach could unlock a mountain of data to train autonomous driving systems.
Jun 22nd, 2020

The pandemic continues to punish industrial purchasing levels, but automotive and industrial supply buyers offer some opportunities.
Jun 18th, 2020
Follow Us
Most Recent