Environmental reviews were overhauled in 2020 in a bid to accelerate projects. 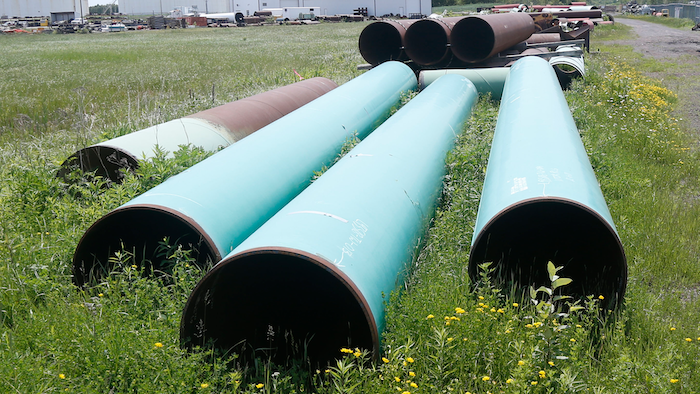 WASHINGTON (AP) — The Biden administration is restoring federal regulations guiding environmental reviews of major infrastructure projects such as highways and pipelines that were scaled back by the Trump administration in a bid to fast-track the projects.

A rule finalized Tuesday will restore key provisions of the National Environmental Policy Act, a bedrock environmental law designed to ensure community safeguards during environmental reviews for a wide range of federal projects and decisions, the White House said.

The White House Council on Environmental Quality said the new rule should resolve challenges created by the Trump-era policy and restore public confidence during environmental reviews.

"Restoring these basic community safeguards will provide regulatory certainty, reduce conflict and help ensure that projects get built right the first time,” said CEQ Chair Brenda Mallory. “Patching these holes in the environmental review process will help projects get built faster, be more resilient, and provide greater benefits to people who live nearby.”

Former President Donald Trump overhauled the environmental reviews in 2020 in a bid to accelerate projects he said would boost the economy and provide jobs.

Trump made slashing government regulations a hallmark of his presidency. He and his administration frequently expressed frustration at rules they said unnecessarily slowed approval for interstate oil and gas pipelines and other big projects. The rule change imposed in 2020 restricted the timelines for environmental reviews and public comment and allowed federal officials to disregard a project’s role in cumulative effects, such as climate change.

The new rule comes as the Supreme Court reinstated a separate Trump-era rule that curtails the power of states and Native American tribes to block pipelines and other energy projects that can pollute rivers, streams and other waterways.

In a decision that split the court 5-4, the justices agreed to halt a lower court judge’s order throwing out the Trump rule. The April 6 action does not interfere with the Biden administration’s plan to rewrite the rule. Work on a revision has begun, but the administration has said a final rule is not expected until next spring. The Trump-era rule will remain in effect in the meantime.

Contrary to frequent assertions by Trump and others in his administration, a more rigorous environmental review will actually speed up completion of major projects, since it is more likely to withstand a legal challenge by environmental groups or states, Mallory said. Many Trump-era environmental decisions were reversed or delayed by courts after findings they did not undergo sufficient analysis.

Environmental groups hailed the rule change, which they said restores bedrock environmental protections under NEPA, a 1970 law that requires the government to accept public comments and take environmental, economic and health impacts into consideration before approving any major project.

“NEPA plays a critical role in keeping our communities and our environment healthy and safe, and Donald Trump’s attempts to weaken NEPA were clearly nothing more than a handout to corporate polluters,'' said Leslie Fields, the Sierra Club's national director of policy, advocacy and legal affairs.

Environmental groups and African American, Latino and tribal activists had protested the Trump-era rule change, saying it would worsen pollution in areas already reeling from oil refineries, chemical plants and other hazardous sites. The Biden administration has made addressing such environmental justice issues a key priority.

The U.S. Chamber of Commerce and Republican senators criticized the rule when it was proposed last fall, saying it would slow down major infrastructure projects.

"Important projects that address critical issues like improving access to public transit, adding more clean energy to the grid and expanding broadband access are languishing due to continued delays and that must change,'' said Chad Whiteman, the chamber's vice president for environment and regulatory affairs.

California Lays Out Plan to Cut Fossil Fuel Use