The system will use cameras, radar, global positioning and AI to spot potential thieves. 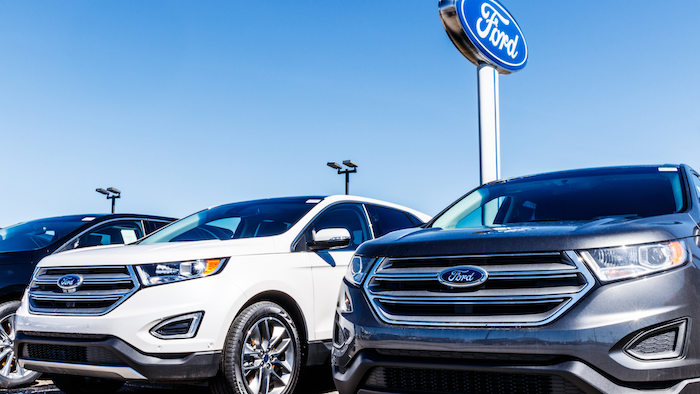 DETROIT (AP) — Ford and security company ADT have formed a joint venture that will help businesses protect vehicles and expensive equipment they carry from theft.

The first product from the venture called Canopy is a system that uses cameras, radar, global positioning and artificial intelligence to spot a potential thief and notify ADT, which will monitor the feeds and notify the customer or authorities if needed.

The system will be offered as accessory on Ford and other top-selling vehicles starting next year. The company expects to integrate it in factory vehicles and offer it to other manufacturers over time.

The first cameras will be available in the U.S. and the United Kingdom, including Ford pickups and commercial vans. The companies say in a statement Tuesday that they can be installed easily by customers.

The systems also can send smartphone alerts to customers of criminal activity including breaking glass, metal cutting sounds or suspicious motion near vehicles. But the artificial intelligence is designed to distinguish true threats from animals or other benign events, the companies said.

Ford, headquartered in Dearborn, Michigan, is putting up about $60 million to start the venture during the next three years, with $40 million coming from ADT. Initial funding is expected to close between April and June of this year.

Ford shares were down just over 2% in afternoon trading as the broader markets slumped. Shares in ADT Inc., which is based in Boca Raton, Florida, were unchanged.