Federal prosecutors had alleged that the men ordered subordinates to tamper with dust collection equipment. 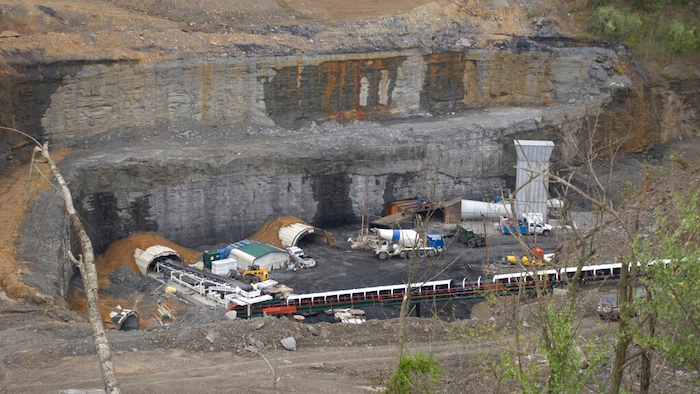 The jury in U.S. District Court in Louisville deliberated Wednesday for about two hours before returning not guilty verdicts. The trial was a rare attempt to prosecute coal company officials on criminal charges.

Federal prosecutors had alleged that the men ordered subordinates to tamper with dust collection equipment at two Armstrong Coal mines in order to stay in compliance with federal regulations.

But defense attorneys said prosecutors lacked evidence that the men had taken part in a conspiracy to cheat the rules.

Kent Wicker, a Louisville attorney, said there “was never a scrap of evidence” that his client, Glendal “Buddy” Hardison, was guilty.

“We were gratified the jury understood,” Wicker said.

Hardison, the highest ranking company official of the four, was in charge of all of Armstrong's western Kentucky mines. The coal company went bankrupt in 2017.

Jason Grover, a trial litigator with the U.S. Mine Safety and Health Administration, declined to comment after the verdict Wednesday afternoon.

Eight people were originally charged in the case in 2018 and Hardison was added to the case in 2019. Five reached plea agreements with prosecutors to avoid felony charges.

Attorneys for the four men argued throughout the trial that the men took no part in rigging dust pumps and didn't explicitly order anyone to break the rules.

“In this case I knew my client was not guilty,” said Marc S. Murphy, an attorney for Charley Barber, a former superintendent at one of the Armstrong mines. “This case shouldn’t have been prosecuted.”

The federal dust rules exist to protect mine workers from inhaling too much dusty air, which can contribute to an incurable and fatal disease called pneumoconiosis, or black lung. That disease has killed tens of thousands of coal miners.

The nation’s former mine safety chief, Dave Zatezalo, said in a statement about the Armstrong Coal indictments in 2018 that compliance with dust safety rules “is crucial to protecting miners against respiratory illness.”

But a judge's order in 2019 barred prosecutors from discussing the connection between coal dust in mines and black lung disease at the trial. U.S. District Judge Joseph McKinley ruled that “language specifically mentioning black lung and the disease process is not relevant and serves no purpose other than to inflame the jury.” McKinley had said evidence of black lung risks could be brought up at sentencing if the men were convicted.

The alleged incidents occurred at Armstrong's Kronos and Parkway mines between 2013 and 2015, prosecutors said. A group of mine workers had complained about dusty conditions at the mines and met with a lawyer, which set the case in motion. At least two of the former workers have been diagnosed with black lung disease.

The trial was postponed by the COVID-19 pandemic and later moved from Owensboro to Louisville A new judge also was assigned, U.S. District Judge Benjamin Beaton, a Paducah native.

Along with Hardison and Barber, former safety director Brian Keith Casebier and Dwight Fulkerson, a former section foreman, were also acquitted of the conspiracy charges Wednesday.

The prosecution of the ex-Armstrong Coal officials was similar to a case brought against former West Virginia coal executive Don Blankenship in the wake of a 2010 coal mine explosion that killed 29 miners. Blankenship was convicted of a misdemeanor in 2015 and sentenced to a year in prison. He was not accused of direct responsibility for the deadly blast at Upper Big Branch mine, but prosecutors were able to prove that he had conspired to skirt mine safety rules.

Great insight! Thank you! At least I know I'm not crazy!