The blaze sent up giant orange flames on the vessel. 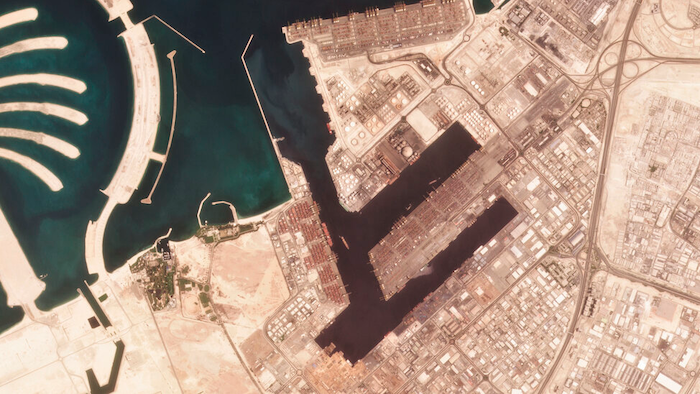 In this satellite photo shot by Planet Labs Inc., the Jebel Ali Port is seen early Wednesday, July 7, 2021, in Dubai, United Arab Emirates. A fiery explosion erupted on a container ship anchored in Dubai at one of the world's largest ports later Wednesday, authorities said, sending tremors across the commercial hub of the United Arab Emirates.
Planet Labs Inc. via AP

The blaze sent up giant orange flames on a vessel at the crucial Jebel Ali Port, the busiest in the Middle East that sits on the eastern side of the Arabian Peninsula.

The combustion unleashed a shock wave through the skyscraper-studded city of Dubai, causing walls and windows to shake in neighborhoods as far as 25 kilometers (15 miles) away from the port. Panicked residents filmed from their high-rises as a fiery ball illuminated the night sky. The blast was powerful enough to be seen from space by satellite.

There were no immediate reports of casualties at the port, which is also the busiest port of call for American warships outside the U.S.

Some 2 1/2 hours after the blast, Dubai’s civil defense teams said they had brought the fire under control and started the “cooling process.” Authorities posted footage on social media of firefighters dousing giant shipping containers. The glow of the blaze remained visible in the background as civil defense crews worked to contain the fire.

The extent of damage caused to the sprawling port and surrounding cargo was not immediately clear. Footage shared on social media of the aftermath showed charred containers, ashes and littered debris.

The sheer force and visibility of the explosion suggested the presence of a highly combustible substance. A Dubai authorities told the Saudi-owned Al-Arabiya TV that the crew had evacuated in time and that the fire appeared to have started in one of the containers holding “flammable material,” without elaborating.

Seeking to downplay the explosion, Mona al-Marri, director general of Dubai Media Office, told Al-Arabiya the incident “could happen anywhere in the world” and that authorities were investigating the cause.

The Jebel Ali Port at the northern end of Dubai is the largest man-made deep-water harbor in the world and serves cargo from the Indian subcontinent, Africa and Asia. The port is not only a critical global cargo hub, but a lifeline for Dubai and surrounding emirates, serving as the point of entry for essential imports.

Dubai authorities did not identify the stricken ship beyond saying it was a small vessel with a capacity of 130 containers.

The Ocean Trader docked at Jebel Ali Port at midday Wednesday. Ship tracking data showed the vessel had been sailing up and down the coast of the UAE since April. The United Nations ship database identified the vessel’s owners as Sash Shipping corporation. Sash and Inzu Ship Charter did not immediately respond to request for comment.

Operated by the Dubai-based DP World, Jebel Ali Port boasts a handling capacity of over 22 million containers and sprawling terminals that can berth some of the world’s largest ships. Port officials said they were “taking all necessary measures to ensure that the normal movement of vessels continues without any disruption."

State-owned DP World describes Jebel Ali Port as a “gateway hub” and a “vital link in the global trade network” that connects eastern and western markets. The company did not immediately respond to request for comment on the blast. 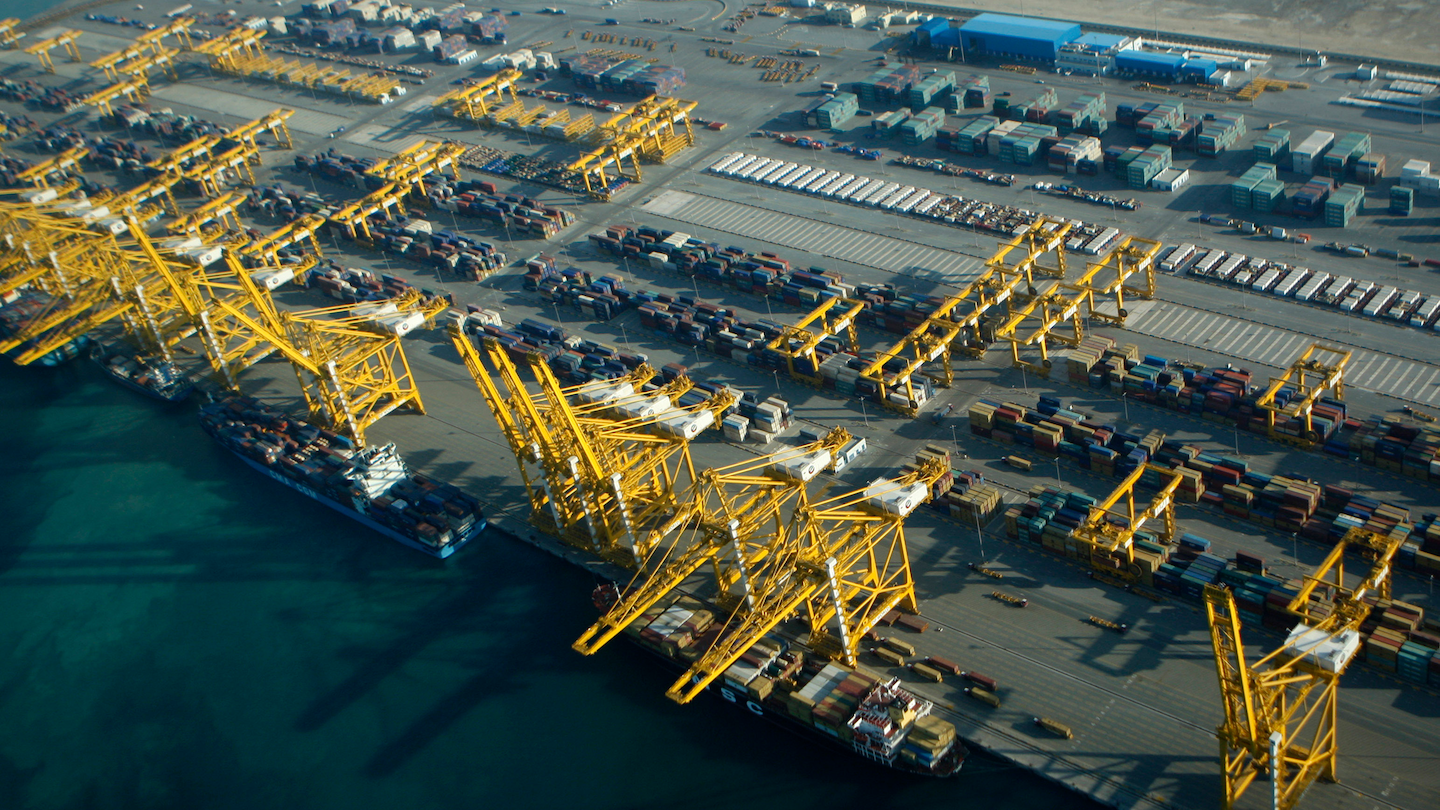 In this Sunday, Jan. 3, 2010 file photo, container ships dock at the Dubai Port in the Jebel Ali Free Zone about 40 kilometers (25 miles) south of Dubai, United Arab Emirates. Authorities in Dubai say a container ship anchored at its huge port caught fire, causing an explosion that sent tremors across the commercial hub of the United Arab Emirates. The Twitter post from Dubai’s state-run media office said the fire was reported on the ship late Wednesday, July 7, 2021.AP Photo/Kamran Jebreili, File