It’s a second try at a referendum blocking the project. 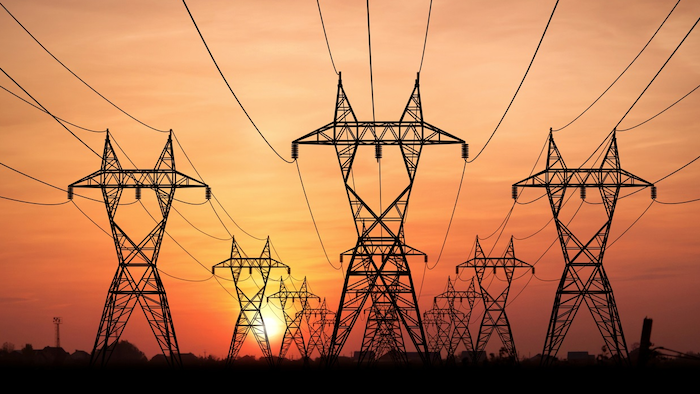 PORTLAND, Maine (AP) — Opponents of a $1 billion electric transmission corridor that would travel through a lengthy stretch of wilderness submitted 100,000 signatures on Thursday for a referendum drive to defeat it.

It’s a second try at a referendum blocking the project after opponents' first attempt was rejected by the state supreme court.

Tom Saviello, a former Republican state senator, attacked Canada-based Hydro Quebec, which would supply the electricity, and Central Maine Power, which is part of Spanish-owned Avangrid, as “foreign corporations” that do not have the best interest of Mainers at heart.

“Mainers know they’re being lied to by these two foreign corporations, and they know that this project will forever change our state’s character, environment and economy in ways that will not benefit us,” he said.

The petitions were delivered to the secretary of state's office in Augusta, which will review them. More than 63,000 of the signatures have to be certified for the measure to appear on the ballot.

The referendum would require legislative approval for any electrical power line project that exceeds 50 miles (80 kilometers) and would impose a prohibition on such a project in the Upper Kennebec Valley. It also would be retroactive to September 2014.

Much of the project calls for widening existing corridors, but a new swath would be cut through 53 miles (85 kilometers) of wilderness.

The start of construction this month was delayed while the 1st U.S. Circuit Court of Appeals hears arguments by three conservation groups that want the U.S. Army Corps of Engineers to conduct a more extensive environmental review.

The project was approved by the Maine Department of Environmental Protection, Maine Land Use Planning Commission and Maine Public Utilities Commission, in addition to the Army Corps of Engineers.

Jon Breed, who heads up the Clean Energy Matters campaign, said the referendum would harm future economic development in the state.

“It’s bad public policy and sets a bad precedent for our state if we take a project that has cleared every major regulatory milestone at the state and federal level, and then turn around and pull permits,” he said.

The New England Clean Energy Connect would provide a conduit for up to 1,200 megawatts of Canadian hydropower to reach the regional power grid, reducing greenhouse emissions and stabilizing energy costs in the region, supporters say. Critics say the benefits are overstated and that the project would destroy unspoiled wilderness.

The project would be fully funded by Massachusetts ratepayers and is aimed at meeting that state’s clean energy goals, but supporters say the entire region would benefit from the project.

The referendum drive carries an element of deja vu.

Opponents previously collected more than 63,000 signatures for a “People’s Veto” referendum that was deemed unconstitutional by the Maine Supreme Judicial Court. The state Supreme Court ruled that such a referendum can be used to nullify legislative actions but not state agency decisions.

The new referendum could be open to legal challenges, as well.

Orlando Delogu, professor emeritus at the University of Maine School of Law, wrote in a Maine Lawyers Review article in November that the referendum is problematic on several grounds.

It's unconstitutional because it targets a single company and because it violates separation of powers by allowing the legislative arm to overturn an executive agency decision, he said Thursday.

Furthermore, the referendum represents an ex post facto law that violates both the state and federal constitutions, he said.

Opponents of the project downplayed constitutional concerns, insisting the referendum doesn't target a single company and that the retroactive nature of the proposal doesn't pose an unsurmountable legal hurdle.