Work will continue at Firestone's tire manufacturing plants in Iowa, Arkansas, Illinois and Tennessee thanks to a tentative contract agreement the company reached with its steelworkers union. 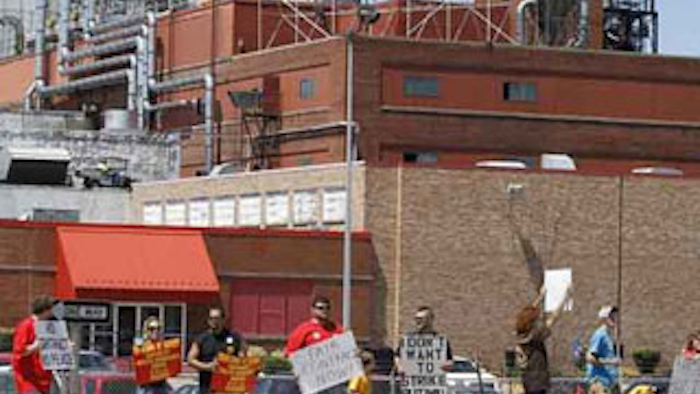 DES MOINES, Iowa (AP) -- Work will continue at Firestone's tire manufacturing plants in Iowa, Arkansas, Illinois and Tennessee thanks to a tentative contract agreement the company reached with its steelworkers union.

Steelworkers at the Des Moines Firestone tire manufacturing plant tentatively agreed to a contract Friday, averting a strike, The Des Moines Register reported. Details of the contract weren't expected to be available until Monday at the earliest.

Bridgestone officials didn't immediately respond to a message from The Associated Press on Sunday.

A majority of the roughly 3,500 workers covered by the new contract will have to approve it before it takes effect.

Dan Kelley, of the union's Des Moines-based Local 310, said it's a relief to have an agreement in place.

"We didn't think they would give up until the final hour," he said.

About 400 workers had been ready to walk out of the Des Moines plant at midnight on Friday, but it wasn't necessary.

George Cox, who has worked at the Firestone plant for 26 years, said he was nervous about a possible strike, but was still prepared for one.

"A lot of times you wonder, 'Is this the right move?'" he said. "But they don't just give you things. You have fight for it sometimes."

Mexico wants compensation for the havoc the guns have wrought in the country.
Aug 4th, 2021