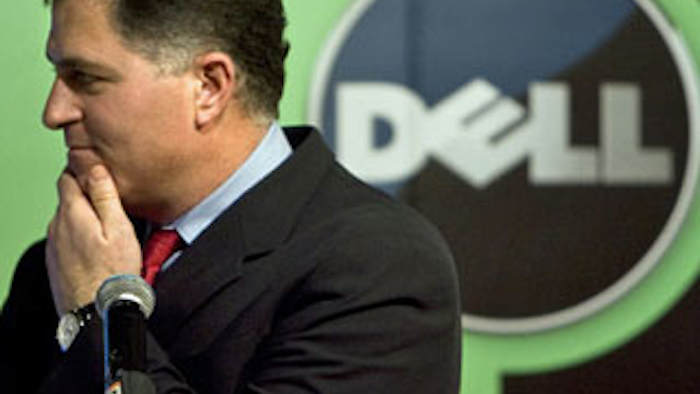 He refused to fast-track proceedings on Icahn's claims that Dell Inc. directors have betrayed their duties to shareholders in trying to win support for Michael Dell's bid.

After three delays, Dell's board has scheduled a special shareholder vote on Michael Dell's offer for Sept. 12, followed by an overdue annual meeting on Oct. 17.

Icahn, who is seeking to oust Michael Dell as CEO, wanted the vote and annual meeting to be held on the same day. That would give shareholders a chance to vote on a rival board slate he is offering as part of his proposal, which he says would be a better deal for Dell shareholders.

Icahn claims that delaying the annual meeting until October could torpedo his financing plans for his proposal and is part of a deliberate effort to thwart his competing bid. He also argues that Dell directors have unfairly favored Michael Dell by moving up the investment date that makes a shareholder eligible to vote and by counting only votes, excluding those controlled by Michael Dell's group, that are actually cast. Under a previous deal condition, shareholders who did not vote were counted as being against Michael Dell's buyout.

Icahn argues that the changes were made to favor the buyout's prospects and win votes from short-term investors looking for a quick profit.

But a Delaware state judge, Chancellor Leo Strine Jr., said Friday that Icahn has offered no justification for an expedited hearing on what the judge indicated were dubious claims, and no evidence that the special committee of Dell directors supervising the proposed deal has not acted independently or in good faith.

Strine also noted that Icahn has continually revised his alternatives to Dell's buyout offer without making a firm superior bid, while the special committee has extracted an additional 23 cents per share from Dell and his main ally, private equity firm Silver Lake Partners, bumping up their offer to $13.75 per share plus a 13-cent special dividend. He also noted that the termination fee due to Dell and Silver Lake if a competing bid is successful has been reduced from $450 million to $180 million.

"That's pretty good math," said the judge, who described Icahn's fiduciary duty arguments as "an adjectival assault that doesn't have nouns and verbs that add up to colorable claims." A colorable claim is one that could be valid.

Strine said Dell shareholders can reject Michael Dell's buyout offer if they think it is inadequate and approve Icahn's slate of directors in October if they think that is in their best interests.

"A couple of weeks can hardly be a deal breaker," he said.

But the judge noted that under Delaware law, he was required to set a hearing on the issue of Dell's overdue annual meeting. The law requires a meeting within 13 months of the previous year's gathering, a deadline that expired this week. The law allows a judge to set a date for an annual meeting in such situations, but Strine indicated that the Oct. 17 date falls within a reasonable range of dates that the court might set itself, based on previous cases.

Strine suggested that he simply make the Oct. 17 date a court mandate, which would prevent delays by Dell's board.

"I find it difficult to understand how the court would order a meeting much in advance of the one the board has already set," Strine said. "The court is not going to be drawn into a tactical game whereby it tries to advantage one party or another."

The judge told attorneys that if they don't agree with his proposal, he would hold an expedited hearing regarding the annual meeting date later this month or early next month.

Dell on Thursday reported a 72 percent drop in second-quarter earnings, results that could make the buyout offer more attractive to worried shareholders.

On Friday, Icahn filed a preliminary proxy statement with the slate of directors he will propose at the annual meeting if shareholders reject Michael Dell's buyout offer.

Since it’s founding over 35 years ago in a Maryland garage, Patton Electronics has grown to be an international player in the design and manufacture of communication and network connectivity hardware for a wide range of applications. Watch Now!
Oct 28th, 2021