China said Friday it opposes the release of a WTO report about its export curbs on rare earths — exotic minerals used in mobile phones and other high-tech products — following news accounts that the document rejects Beijing's policy as a trade violation. 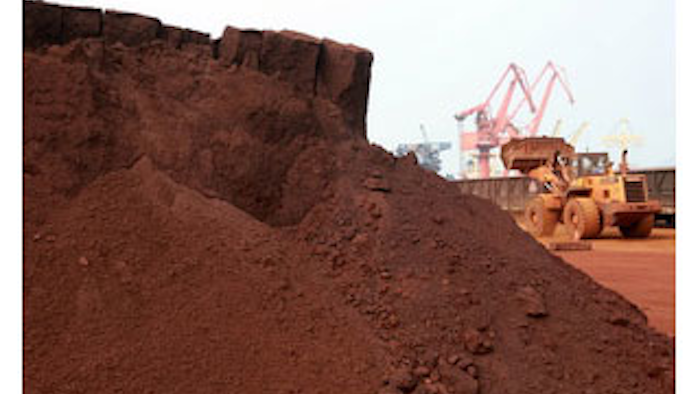 BEIJING (AP) -- China said Friday it opposes the release of a WTO report about its export curbs on rare earths — exotic minerals used in mobile phones and other high-tech products — following news accounts that the document rejects Beijing's policy as a trade violation.

The report by World Trade Organization experts is not a final ruling and leaks would violate the trade body's rules, the Commerce Ministry said in a statement. It gave no details of the report.

Japan's Jiji Press news agency and The Financial Times, citing unidentified officials, have said the report sides with the United States, the European Union and Japan. In a March 2012 complaint to the WTO, they said export curbs improperly favor Chinese domestic manufacturers in violation of Beijing's free-trade commitments.

China has about 30 percent of global deposits of rare earths but accounts for more than 90 percent of production. It alarmed foreign companies by limiting exports in 2009 amid efforts to build up domestic manufacturers to capture more of the profits that go to producers of mobile phone batteries and other products.

Chinese officials have expressed hope foreign companies that use rare earths will shift production to China and give technology to local partners.

The case is " in the WTO Dispute Panel hearing stage, and according to WTO rules, the panel's hearings are not disclosed," said the ministry statement. "Any leak of the report circulated to the members before the panel hearing would be suspected of violating WTO rules," it said.

Beijing also has tightened control over its rare earths industry by pushing companies to merge into state-owned groups and forcing smaller producers to close.

The trade restrictions are especially sensitive at a time when governments are trying to boost exports to reduce high unemployment. The United States and Europe are looking to increase sales of high-tech goods that include products made with rare earths.

"China has repeatedly stressed that China policy objective is to protect resources and the environment and achieve sustainable development and that it has no intention of protecting domestic industries in a way that distorts trade," the commerce ministry statement said.