Ahead Of The Bell: U.S. Budget Deficit

The deficit fell in the budget year that ended Sept. 30 to $680.3 billion. It was the first time in five years that the deficit dropped below $1 trillion. 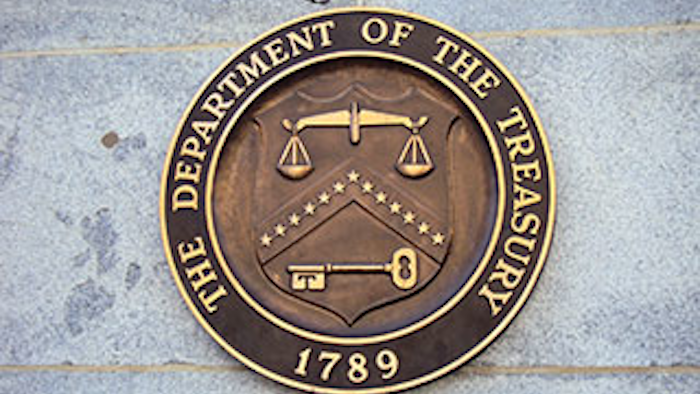 WASHINGTON (AP) — The Treasury Department reports the U.S. budget deficit for October. The report will be released at 2 p.m. EST.

DECLINING DEFICIT: The deficit fell in the budget year that ended Sept. 30 to $680.3 billion. It was the first time in five years that the deficit dropped below $1 trillion. The deficit is the gap between the government's tax revenue and its spending. It was $1.09 trillion in 2012, and reached a record $1.4 trillion in 2009.

TAX RECEIPTS UP, SPENDING DOWN: The gap has fallen because an improved economy has put more people back to work and boosted corporate profits. And Social Security taxes rose at the beginning of the year, along with income tax rates on wealthier Americans.

Both trends have raised tax revenue. In the 2013 budget year, revenue increased 13.3 percent to $2.77 trillion.

Still, the improving budget picture hasn't made it easier for Congress and the White House to reach a longer-term agreement on taxes and spending. A fight over the budget, the government's borrowing limit and President Obama's health care program led to a 16-day partial government shutdown last month.

The fight ended with only a temporary agreement to re-open the government until Jan. 15. And the borrowing limit was extended to just Feb. 7.

Congressional leaders also agreed to set up a House-Senate conference committee that will seek to reach a budget deal to avoid another shutdown. It is scheduled to meet for the second time this week.

A top priority for many lawmakers is to replace the automatic spending cuts scheduled for 2014, which are expected to have a greater impact on the budget. Many agencies used spare cash last year to offset some of the cuts. That's unlikely to be an option this year.

Once Nearly Extinct, Streetcar Gets New Life In U.S.