Ahead Of The Bell: November Auto Sales 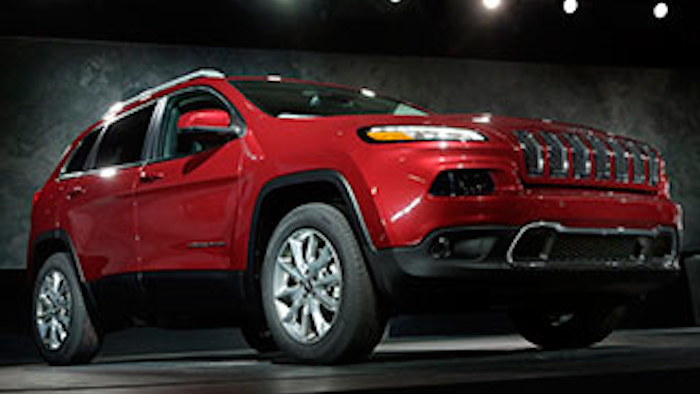 Analysts estimate that last month's car and truck sales rose from 3.6 percent to as high as 6.3 percent over November of 2012, which at the time was the best month in nearly five years. All automakers report monthly sales figures on Tuesday.

Some analysts couched their estimates, however, saying they were counting on a strong finish to the month on Black Friday and Saturday.

Indications are sales finished strongly. Three dealers contacted by The Associated Press all said they did well after Thanksgiving, boosting their monthly totals over November of last year.

"Black Friday did give us a lift," said Bill Perkins, president of two Chevrolet dealerships in the Detroit suburbs of Taylor and Eastpointe, Mich. "A lot of people were out shopping over the weekend."

Normally November is a lackluster month for auto sales, tucked between strong demand in October and holiday discounts in December. But automakers, particularly Ford and General Motors, offered deals this year that brought out buyers, according to the Kelley Blue Book auto website.

The month-end deals were enough to overcome last year's sales, which were artificially boosted by Superstorm Sandy. The giant East Coast storm hit at the end of October, pushing some sales into November, said Alec Gutierrez, senior analyst for KBB. He's predicting sales of 1.19 million vehicles for last month, a 3.6 percent increase from a year ago and an annual rate of 15.6 million.

Others, including the TrueCar.com auto pricing site, expect larger increases. TrueCar estimates sales hit 1.21 million, up 6.3 percent from a year ago. Senior Analyst Jesse Toprak said the auto industry is on track to reach sales of nearly 15.7 million vehicles this year, up about 8 percent over 2012.

General Motors, which owns Chevrolet, ran ads during the weekend promoting deals on the Equinox and Traverse crossover SUVs, and those were supplemented by ads from Detroit-area dealers, Perkins said.

Chrysler dealers were buoyed by the arrival of the Jeep Cherokee small crossover SUV, which finally gave them a competitive product in that fast-growing part of the market, said David Kelleher, owner of a Chrysler dealership in Glen Mills, Pa., outside Philadelphia.

Kelleher said his dealership sold 21 Cherokees last month, helping to reach its best November sales since he bought it eight years ago.

Kelley Blue Book predicted that small crossover SUV and pickup truck sales will lead the market. But the growth in full-size pickup sales is starting to slow below the 20 percent seen through most of the year.

"We are now at a point where we are comparing to sales in late 2012, when the acceleration in pickup truck sales really began," Gutierrez said.