Shares of General Motors Co. hit their highest level Monday since returning to the public stock markets three years ago as investors anticipated the U.S. government selling its remaining stake in the company. 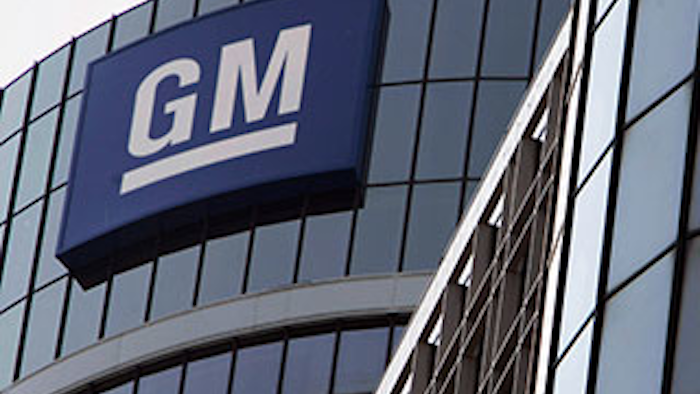 DETROIT (AP) -- Shares of General Motors Co. hit their highest level Monday since returning to the public stock markets three years ago as investors anticipated the U.S. government selling its remaining stake in the company.

THE SPARK: Late last month the government said it expected to unload the last of its General Motors stock by the end of the year. At the time, the government owned 31.1 million shares, or less than 2 percent of the company.

The government received 912 million GM shares, or 60.8 percent of the company, in exchange for a $49.5 billion bailout during the financial crisis in 2008 and 2009. So far it has recovered $38.4 billion of the money, but it's likely to fall about $10 billion short of getting all of its cash back.

The company now is sitting on $26.8 billion in cash and is considering restoration of a dividend. It hasn't paid U.S. federal income taxes since leaving bankruptcy due to write-offs from accumulated net losses.

GM has said repeatedly that some potential customers have stayed away from its brands because they object to the government intervening in a private company's finances. Because of the bailout, the company has been given the derisive nickname "Government Motors."

But the Center for Automotive Research, an Ann Arbor, Mich., think tank, issued a report on Monday saying that if the government hadn't intervened and GM went out of business, nearly 1.9 million jobs would have been lost in 2009 and 2011. Federal and state governments also would have lost $39.4 billion in tax revenue and payments made for unemployment benefits and food stamps, the study said.

GM went through bankruptcy protection in 2009 and was cleansed of most of its huge debt, while stockholders lost their investments. Since leaving bankruptcy, GM has been profitable for 15 straight quarters, racking up almost $20 billion in net income on strong new products and rising sales in North America and China. It also has invested $8.8 billion in U.S. facilities and has added about 3,000 workers, bringing U.S. employment to 80,000.

The company now is sitting on $26.8 billion in cash and is considering restoration of a dividend. It hasn't paid U.S. federal income taxes since leaving bankruptcy due to write-offs from accumulated net losses in the years before its financial troubles.

SHARE ACTION: GM stock hit $41.16 early in the afternoon, the highest level since it returned to the markets with a November 2010 initial public offering. Sales volume by early afternoon was approaching the normal volume for an entire day of just under 20.5 billion shares. GM shares have risen nearly 43 percent this year.

As Wine Fakers Get Sharper, Industry Fights Back

Also on the podcast, Glenfiddich fuels trucks with whiskey, deadly chemical plant explosion, business sues over Google review and Lordstown gets a lifeline.
Aug 2nd, 2021
Follow Us
Most Recent