The early interest in Tesla Motors' new lower-cost sedan appears to be surprising even its notoriously ambitious founder. 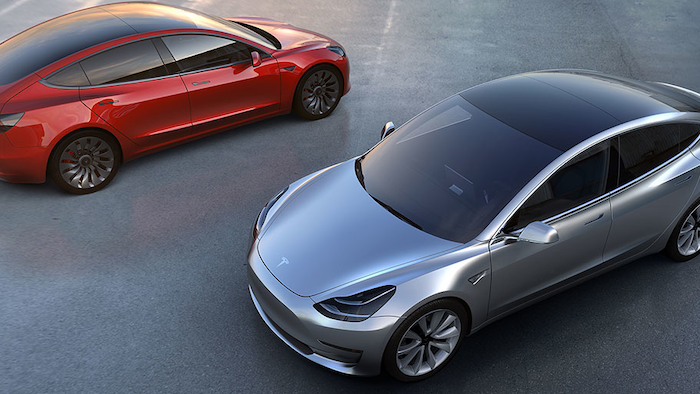 The early interest in Tesla Motors' new lower-cost sedan appears to be surprising even its notoriously ambitious founder.

Elon Musk tweeted over the weekend that in its first three days of pre-order availability, 276,000 orders — including down payments of $1,000 each — were placed for the Model 3.

The fully electric car starts at $35,000 — less than half the price of its luxury Model S sedan — but offers a longer range on a single charge than its more economical electric vehicle competitors.

The Model 3 is slated to go on sale next year, but Tesla began taking pre-orders on Thursday. About 115,000 were ordered before the car's details were officially released.

Musk wrote that the average selling price with options was likely about $42,000, which would equate to more than $11.5 billion in sales through Saturday alone.

The Tesla CEO added that pre-orders would likely hit 500,000 — totaling $21 billion in sales — if the current pace continues.

The Model 3's starting price does not include a $7,500 federal tax credit for electric cars, but that incentive would be phased out anyway after the automaker's domestic sales eclipsed 200,000. It's unclear how many of the pre-orders came from the U.S. or overseas.

Musk encouraged prospective owners to sign up quickly since "the wait time is growing rapidly." Tesla's increased output will depend on batteries from its Gigafactory plant in Nevada and, eventually, a new facility in Europe.