General Motors, Ford and Toyota are joining the University of Michigan in establishing a testing site for driverless cars that will simulate a cityscape, and will work with the school to help make such vehicles commercially viable, officials announced Tuesday. 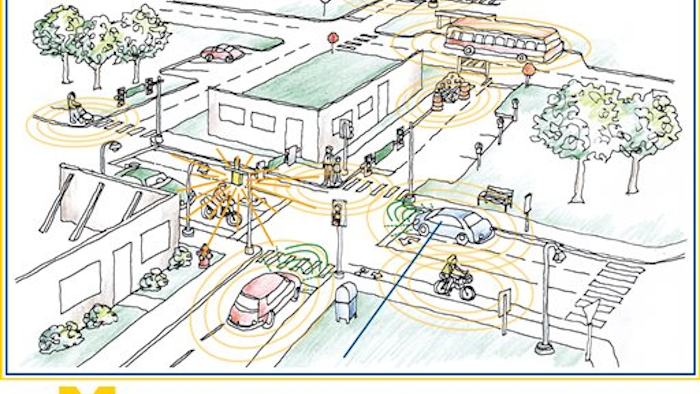 DETROIT (AP) -- General Motors, Ford and Toyota are joining the University of Michigan in establishing a testing site for driverless cars that will simulate a cityscape, and will work with the school to help

The Michigan Mobility Transformation Center's 32-acre testing site near the Ann Arbor school's North Campus is scheduled to be completed this fall. The university's regents last year approved the $6.5 million for the project. Groundbreaking is scheduled for Tuesday.

"The potential of this technology is truly transformative, opening up broad opportunities in the emerging marketplace," Peter Sweatman, director of the Mobility Transformation Center and the school's Transportation Research Institute, said in a statement.

Other companies involved include Bosch, an auto industry supplier; Econolite, which makes traffic control equipment; and Xerox. Industry partners plan to each commit a total of $1 million over three years to support the MTC and its programs, the school said.

Government representatives also are involved in the work. The school wants Ann Arbor to be home to a shared fleet of networked, driverless vehicles by 2021.

The test site, known as the Mobility Transformation Facility, is being designed and built in cooperation with the Michigan Department of Transportation. The facility will include concrete and asphalt roads with intersections, traffic signs and signals, sidewalks, roundabouts, benches, simulated buildings, streetlights and obstacles such as construction barriers.

Aims of the effort include reducing the number of crashes, relieving urban congestion, cutting pollution and reducing energy use. The testing facility is part of broader work by the center that will include putting up to 20,000 vehicles on southeastern Michigan roads.

Ann Arbor has been the location of an ongoing experiment involving so-called talking cars. Thousands of wirelessly connected cars, buses, trucks and motorcycles are operating in the city as a part of a study conducted by the Transportation Research Institute.

"The task before us goes beyond the technical challenges," Sweatman said. "In our research, we will be addressing the interrelated legal, political, regulatory, social, economic and urban planning issues as well."