The U.S. Trails The World In High-Speed Rail

California's high-speed rail project has suffered a series of setbacks with the Department of Transportation announcing that it's canceling a $929 million grant for the system and Gov. Gavin Newsom stating that it would be scaled back dramatically. 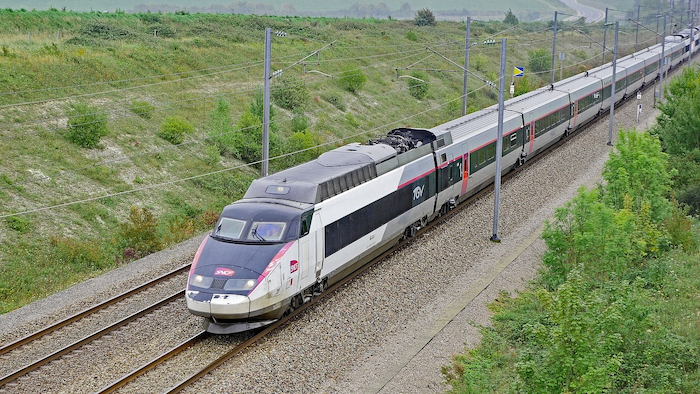 California's high-speed rail project has suffered a series of setbacks with the Department of Transportation announcing that it's canceling a $929 million grant for the system and Gov. Gavin Newsom stating that it would be scaled back dramatically. Originally supposed to connect Los Angeles and San Francisco, it will now only link Merced and Bakersfield for the time being. The project has experienced numerous cost overruns and the budget has soared to $77.3 billion with some estimations as high as $98 billion upon completion. President Trump has sharply criticized it, demanding that all appropriated money be rapid. He has called it "a green disaster" and "a waste of billions of dollars". Newsom countered that it's California's money and it won't be given back.

One thing has become clear in the debate, however: the latest developments are a serious blow to U.S. high-speed rail ambitions. The U.S. already trails much of the developed world in high-speed rail, lagging far behind China and Europe when it comes to miles of operational track. In line with its meteoric economic ascent, China has made considerable progress in building a high-speed rail network over the past 15 years. It had just over 19,000 miles in operation in January 2019 according to UIC, The Worldwide Railway Organization and that accounts for about two thirds of high-speed track worldwide.

Japan was the first country to develop high-speed railway lines and today, its Shinkansen or bullet train operates along 1,890 miles of track. Spain is in third place with 1,772 miles, followed by France (1,749 miles) and Germany (976 miles). At the start of this year, the U.S. only had 457 miles in commercial service, a figure that probably won't rise that much anytime soon after recent developments in California.

You will find more infographics at Statista
Related